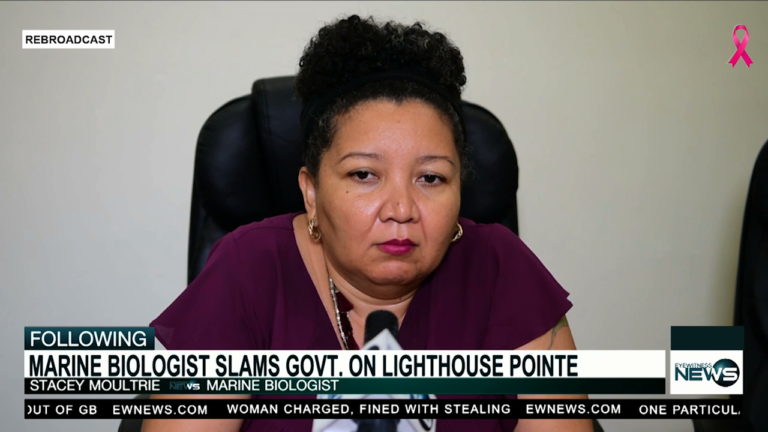 While many are waiting with bated breath on the Government’s proposed development of the Lighthouse Point property in South Eleuthera, a marine biologist and urban planner said there are many questions the government has failed to answer.

“There are two cruise ship ports in the vicinity of Eleuthera and Eleutherians are still suffering,” said Stacey Moultrie, who is also a descendant of Eleuthera.

“How is a third cruise ship port going to magically make their lives better? Nobody has answered that question, nobody has shown that comparison and nobody has shown data of how the two existing projects have failed to benefit Eleuthera – or of how they will make sure that this third project does not fall into the same category.”

Prime Minister Dr. Hubert Minnis confirmed at a town meeting in Eleuthera last week – which received overwhelming support from residents – that another project is also on the table for consideration.

Moultrie noted, however, that there is so much “desperation” on the island of Eleuthera that residents are willing to take whatever is presented to them without asking important questions.

“I don’t think we have asked enough questions about either proposal. I think both of them should have been made to do – not only an Environmental Impact Assessment –  but economic feasibility assessments. They should be made to talk about how they are going to improve the social situations in Eleuthera for Eleutherians.

“We [the Government] are going ahead to make a decision next week, but what is that decision based on? Some nice, pretty PR posters? That’s not good enough,” Moultrie said.

The environmentalist said her main issue with the project is the dredging component, which she said she believes would have a major impact on marine environment.

“Depending on how it’s done, it can also impact coastal environments. While you can try to minimize damage from dredging, there will still be some damage and this is my biggest concern.”

According to Moultrie, The Bahamas has adopted a number of Sustainable Development Goals, which includes the environment, yet they are still considering projects that would harm the environment.

“The government should be seeking to do projects which would enable Bahamians to have more ownership and participation in their country so that they can have a bigger piece of the pie in terms of wealth.

“The government must look at what it is trying to achieve. If they say we are going to achieve sustainability, they must make sure that this project not only creates jobs, but it creates social and economic benefits for Eleuthera.”

Amen Stacie. Amen! Both sides need to be held up to the same light of inspection and due process.