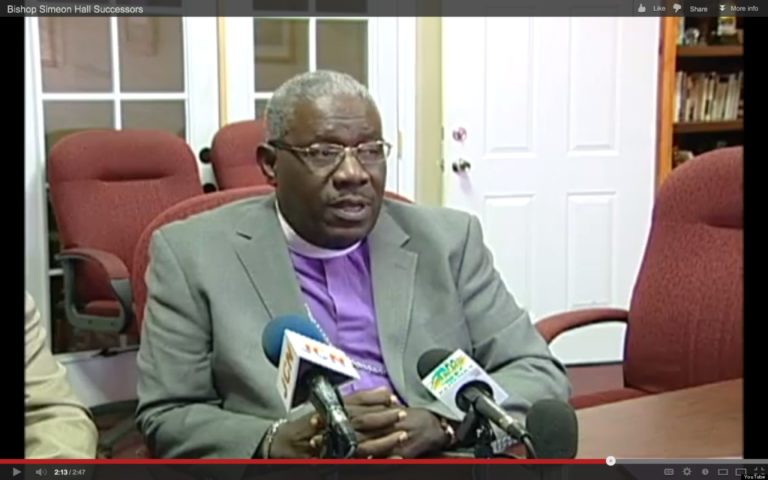 NASSAU, BAHAMAS – Bahamas National Commission of Marijuana Co-chair Bishop Simeon Hall said yesterday that the committee is expected to release a survey in a matter of days that will gauge the public’s sentiment on the issue of marijuana.

“Bahamians from all over The Bahamas will be able to make an input,” he told Eyewitness News Online.

“We hope to in a matter of days to be able to announce where they can send us [that] information.

“That is the kind of thing we have been putting together.”

The survey will be made available on a dedicated website, which is expected to be launched this week.

The committee, which Hall said has been diligently working, is also expected to hold town meetings in the coming weeks in Exuma, Eleuthera and Grand Bahama before holding a town meeting in New Providence.

The committee is expected to present its findings to the government by the end of April.

Hall indicated that the committee has yet to come to a formal position on the issue.

It is unclear when the committee’s position will be made known to the public.

Asked whether the timeline was ambitious, Hall said a position should be formed by then, if only, preliminary.

“I do not know how to qualify that or quantify it,” he said.

“All that I know is by the end of the stipulated times, which should be able to make some primary conclusions.”

The committee is comprised of approximately 24 members.

It has six subcommittees, tasked with various aspects of the substance’s potential use, ranging from medicinal, ceremonial and recreational to commercial and industrial.

“The committee has been working and we met in Abaco and we… are progressing; not as fast as some of us would have wanted to, but the logistics call for planning and we have not yet made any conclusions,”

“All we are doing is canvassing the arguments; the discussion on both sides.

“In a couple of days, we plan to be travelling to several of the Family Islands and then we are going to have a town meeting in New Providence very soon, so we are moving.

“The pace has been not as fast as some of us would have wanted to, but we are working diligently to push forward,” he said.

The issue of marijuana and whether it should be decriminalized in the region was on CARICOM’s agenda.

The Regional Commission on Marijuana, established by the CARICOM Heads of Government, which presented its report to CARICOM in on the social, health, economic and legal issues on marijuana in the region, expressed the view that, in a regulated framework, marijuana should be treated in the same way as tobacco and alcohol.