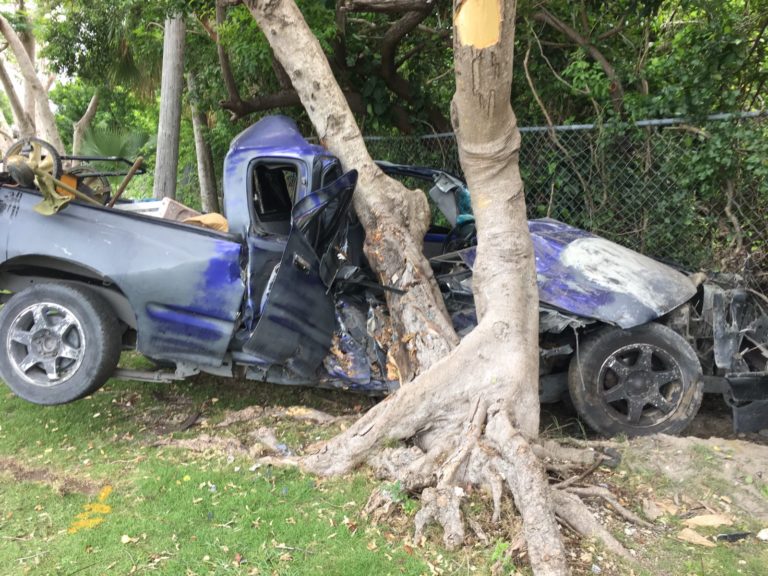 A man is dead after losing control of his truck on Prince Charles Drive, just east of the Elizabeth Estates police station early Saturday morning.

According to police, reports came in around 7:30 a.m. about the single vehicle accident.

Officer in charge of the police traffic division Superintendent Marino Hinds told Eyewitness News, that upon arrival, officers discovered a middle aged black man in a blue pick up truck.

Hinds said, the victim – who was the sole occupant in the vehicle – died on impact.

“It’s too early at this time to say the exact cause of the accident, however, we are still canvassing the area for witnesses,” he said

When asked if speed had played a factor in the collision, Hinds said, investigators have not ruled out any factors just yet.

Just outside the yellow-taped area, family members and loved ones gathered, including the wife of the deceased, who was huddled with friends. She was heard screaming, “18 years”.

“Eighteen years. He never hit me. He never argued,” were the words translated to Eyewitness News, by the wife’s pastor.

According to the pastor, the deceased and his wife, who is of Haitian decent, were celebrating their wedding anniversary.