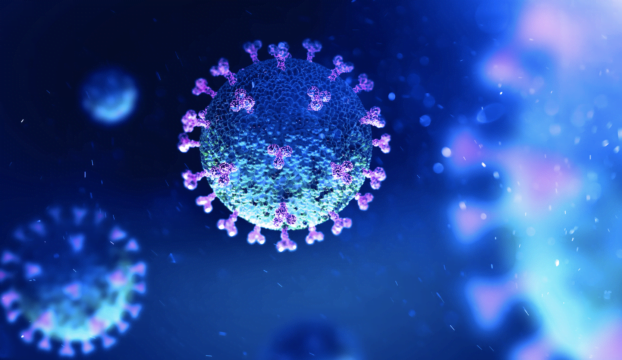 Wells: We need to remember we are still fighting a war

NASSAU, BAHAMAS — After a weekend of Easter gatherings at churches, restaurants, beaches and hotels across the country, there is mounting concern that another dangerous surge of COVID-19 cases may be looming.

Wells indicated that health officials will know more after the 14-day incubation period, adding that there is the potential for greater numbers in that time.

He said: “We are and have been concerned in health and we’ve been reminding the Bahamian people to adhere to the health protocols, especially during the holiday that we just went through.

“There was lots of activity. And so, we are hoping that at the end of the day, what we saw does not [lead] to increasing numbers.”

Videos of the weekend scene quickly circulated on social media, showing crowded beaches and dozens of people gathered at indoor venues such as Fusion Superplex and Baha Mar.

Minister of National Security Marvin Dames said COVID ambassadors have been “effective” in patrolling areas and have had to shut down establishments multiple times.

Dames insisted, however, that police and COVID ambassadors cannot be everywhere all the time, noting that the onus also “rests with the discipline of each and every one of us as Bahamians”.

He noted that enforcement officers rely on individuals to report people gathering in large numbers.

“I know persons feel as if they would have been imprisoned, caged up for so long, but this is about our health and prosperity as a nation,” he said.

“And the more we feel as if we are flaunting the law, the greater the risk for us not only in the short term but in the long term as well because we are working assiduously to get our economy back on track and a lot of that will hinge on how responsible we are as citizens of this nation.”

Health officials confirmed seven cases of coronavirus on Monday, taking the number of cases in the country to 9,270.

Of the new cases, five were on New Providence — two with a history of recent travel; one on Grand Bahama; and one on Abaco. The number of active cases stands at 296.

Ahead of the holiday, Prime Minister Dr Hubert Minnis urged Bahamians to exercise additional caution, insisting that a third wave of COVID-19 in The Bahamas would be painful.

At the time, he said health officials were not minded to recommend increased restrictions.

Asked yesterday whether he believes Bahamians adhered to the protocols, Wells said: “I would say, as a people, we need to remember that we are still in this fight. We are still in a war…

“We are in a race to vaccinate our people faster than COVID could spread. So, at every stage, we need to be responsible, at all times.”

The health minister noted that health officials are going to assess the current data to determine the way forward as it relates to COVID-19 restrictions.

He explained that since the expansion of the orders to allow no more than 20 people to gather, there has been an uptick in cases at the ending part of February and the beginning of March.

“We are going to have to look at those measures, look at those protocols and, obviously, the prime minister is an individual who is never afraid to make hard choices and decisions,” Wells said.

The Ministry of Health is expected to host a press conference today, where it will present assessments from Eleuthera, Exuma, Abaco and Grand Bahama, along with updates on where the country stands with health protocols and vaccinations.