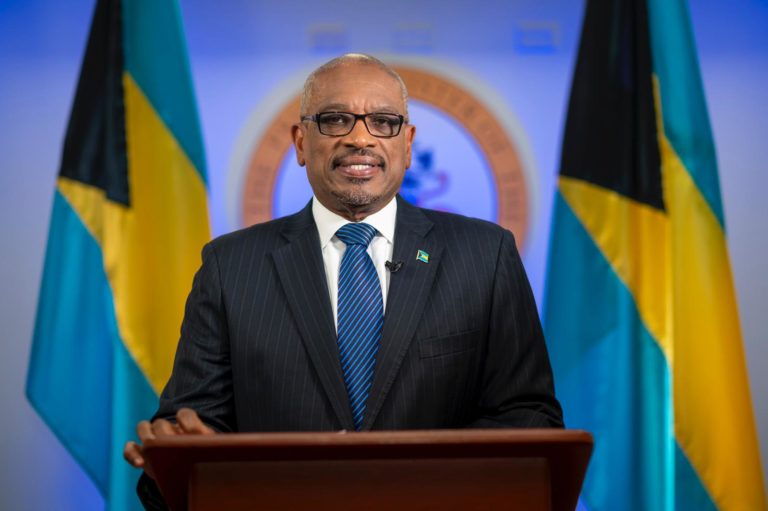 Minnis: Vaccines are critical to ending the pandemic, tourism rebound

In a live national address, Minnis underscored the proliferation of anti-vaccination fearmongering on the internet, and further suggested that delaying taking the vaccine could cost lives.

“Let me state again that we are using World Health Organization (WHO)-approved vaccines,” he said.

“These vaccines are safe and they are already being administered in various countries around the world. Please get your information about vaccines from reliable local and international scientific and media sources.

“Do not read or listen to random, unsourced material from people you do not know. Do not listen to random videos random people created. Do not read and believe random posts from people with no medical or scientific credentials. Malicious actors are deliberately creating and circulating lies and foolishness designed to scare you from taking vaccines.”

Minnis continued: “These lies and misinformation are dangerous. They create unnecessary doubt and fear, causing some to reject vaccines and others to delay taking them. As a doctor, let me say that not taking or delaying taking a safe vaccine could cost you your life or cause you to get very sick.”

The Bahamas is expected to receive 100,000 doses of the Oxford AstraZenaca vaccine in two tranches sometime this month.

In separate interviews with Eyewitness News, healthcare professionals, including laboratory staff and the consultant physicians; the Bahamas Public Services Union (BPSU), which represents thousands of public servants; and other bodies have expressed mixed views of the COVID-19 vaccine.

Earlier this month, BPSU President Kimsley Ferguson told Eyewitness News he was not satisfied the public has been fully appraised on the impact of the vaccine and will await more empirical data.

During his live address, Minnis pointed to observations from the WHO that there has been a 16 percent decline in cases last week compared to the week before. Deaths declined by 10 percent over the same period, he said.

However, he noted several countries in the Caribbean are experiencing surges, with greater restrictions and emergency measures similar to the ones utilized by the government during various periods of the pandemic.

Minnis underscored vaccines are critical to ending the pandemic, and noted while the government will not make them mandatory, it could become a travel requirement for other countries.

He encouraged Bahamians to set an example for the rest of the world as a leading tourism destination, adding a high level of vaccinations would allow for the further reopening of the economy.

“As a people, most of us have collectively taken this health emergency seriously,” the prime minister said.

“Most unfortunately and recklessly, there have been those with political motives who criticized the life-saving measures the government put in place to save and to protect lives.”

Minnis said: “They do not want rules. Their policy suggestions would lead to more deaths and illness.”

As of yesterday, there were 8,462 total confirmed cases of the virus, with 1,049 active and with officials reporting recent clusters of cases on Cat Cay and Andros.

Among the first priority groups eligible to receive the COVID-19 vaccine on New Providence and Grand Bahama are:

Minnis said the United States Embassy has offered to assist with air transportation to the Family Islands during the vaccine rollout, including smaller islands and cays.

Health teams on the Family Islands will vaccinate all eligible residents who choose to take the vaccine at the same time, he said.

Minnis said more details are expected tomorrow on the shipment of the 100,000 doses of the AstraZeneca vaccine that have been secured through the COVAX Facility.

He added the government has also been able to secure a commitment from the government of India for a small quantity of AstraZeneca vaccines from a WHO/Emergency Use Listing (EUL)-approved manufacturer in India.

take it yourself, this genetic crap.