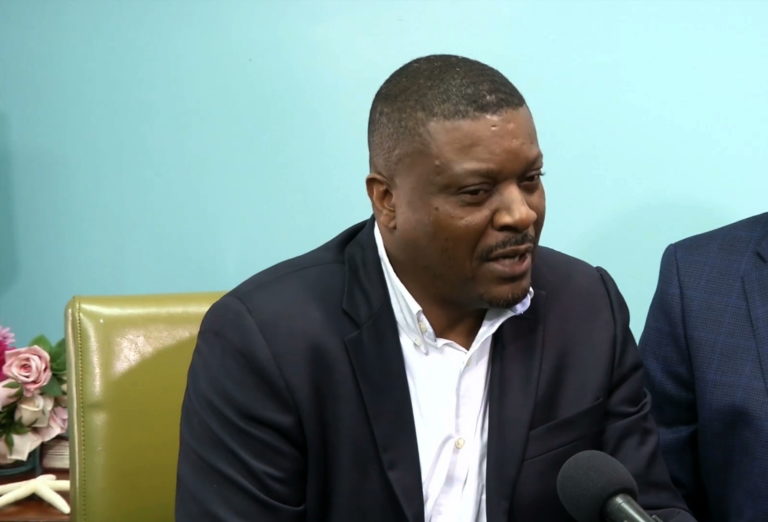 The Business Community is showing reluctance to the potential of The Bahamas joining the World Trade Organization (WTO) as Minister of Financial Services, Trade and Industry and Immigration Minister Brent Symonette and newly appointed WTO lead negotiator, Zhivago Laing prepare to travel to Geneva, Switzerland to introduce The Bahamas’ formal application into WTO.

Eyewitness News Monday spoke with former Minister of Finance Laing on the advantages and possible disadvantages of joining the WTO and he affirmed that the negotiations do not warrant The Bahamas joining.

Laing addressed the unknown [seemingly] fear expressed by merchants in dispelling what some may not understand about WTO.

“If business people in The Bahamas did not show concern for this process, I would be alarmed because you want them [merchants] to be concerned because that means they will invest the time and energy in understanding the process.

“It is incumbent on the trade negotiating team to walk with the business community in this process.  The government of The Bahamas – the state facilitates trade, but the trading happens by business people,” Laing confirmed.

Laing assures that he will work extremely close with merchants on WTO; “it is my intention fully to have fully knowledgeable involved with the process of negotiations so we can do what is helpful to our economy and not what’s harmful.

Laing also told Eyewitness News yesterday that negotiations are not cemented in stone.

He said, “we’re negotiating the terms of our membership because the way we operate now and the way WTO wants for countries to operate so that trade can happen freely is in conflict.

“We need time to be able to eliminate some of those conflicts and to do it in a way that’s not injurious to the Bahamian economy,” Laing said.

Laing explains yesterday that the entire plan of the WTO negotiations is to be able to walk away from the negotiations and have the necessary time to make whatever necessary adjustments the country needs to make in order to be compliant to WTO terms or, to decide if The Bahamas will definitely join.

“98 per cent of all the trade; all the buying and selling takes place in The World, takes place by countries that are members of the WTO and we [The Bahamas] trade with all of those companies.

“They trade on rules that relate to them, so they get to treat each other a certain way that they are obligated to do; we don’t get to be treated that way,” Laing explained.

Propelling the country to be on par with other countries in the WTO, Laing offers a more comprehensive view on the logic behind accession to WTO.

As it relates to any possible increase in taxes, particularly Customs Duties, Laing added that “customs duty is a regressive tax – it means that poor people in your country pay more for that tax than the rich people.

“So, no one who wants The Bahamas to be regressive wants to maintain reliance on customs duty.”

He continued, “WTO average level of tariff or customs duty that is lower and would not be an impediment to trade.”

Moreover, Laing confirmed that The Bahamas has not signed any agreement(s) that involves a removal of the control from the government to say who gets to invest in The Bahamas.

“The Bahamas will certainly still maintain an investment policy, this time enshrined in law ultimately, as to how and who can invest in what areas, even though there is prevalent foreign participation snot already taken place,” Laing said.