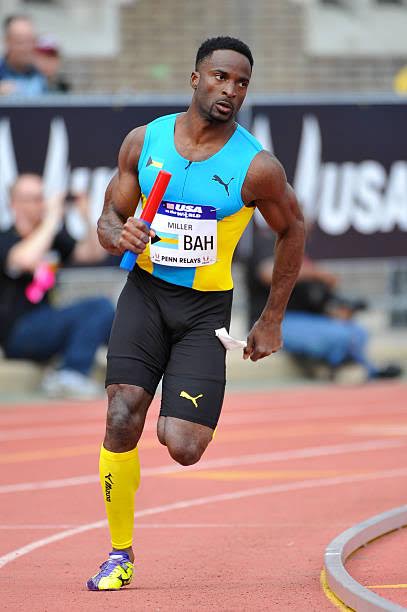 Ramon Miller of the Bahamas during the Penn Relays at Franklin Field in Philadelphia, Pennsylvania. (Photo by Derik Hamilton/Icon SMI/Corbis via Getty Images)

NASSAU, BAHAMAS — Works Minister Alfred Sears said yesterday that Cabinet will soon make a decision regarding funding for necessary infrastructure to be provided for the home of Olympic gold medalist Ramon Miller.

When asked about the issue yesterday, Sears told reporters he will be forwarding a Cabinet paper for the funding to install the necessary infrastructure.

Last month, Miller admitted that he felt let down by his own country following a years-long battle to obtain key infrastructure for his home that was built on land gifted by the government.

Sears said yesterday: “I have been in contact with Mr Miller and I also communicated with the Ministry of Works. A scope of works which was prepared some time ago for the installation of the infrastructure for that subdivision, they have revived it and brought it to me.

“I have also spoke with the minister for housing. I will be carrying a Cabinet paper forward for the funding to install the infrastructure.”

Sears added: “In the meantime, I have also spoken with both utility companies about providing service for Mr Miller. I think it’s unfortunate that the matter has been allowed to persist without addressing the question, especially for someone who has served the country so well, but we are not looking back; we’re looking forward.

“The Cabinet paper has been advanced so it’s a question of it coming up on the agenda for Cabinet to consider. I think it will be sooner rather than later. It’s a question of the funding being provided.

“The Cabinet paper has been settled by me and the Cabinet in early course. When it comes on the agenda, [we] will make a determination to provide the funding.”