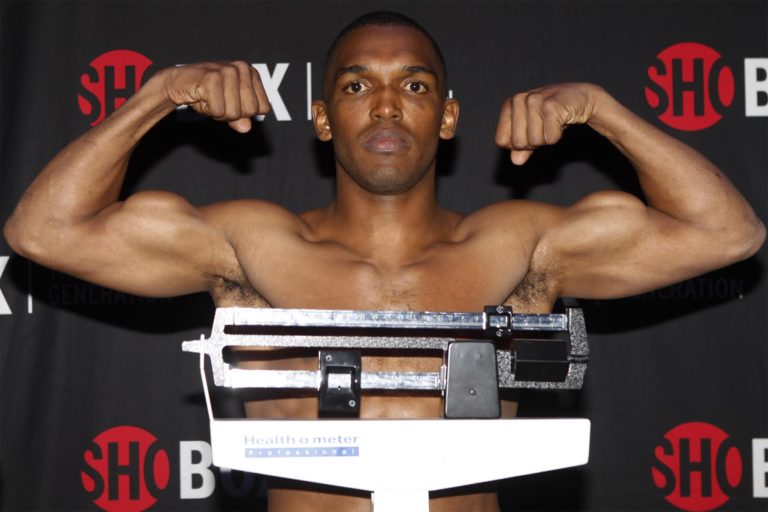 Time may be winding down on Tureano Johnson’s chances for a shot at the World Boxing Council’s (WBC) middleweight title, the 34-year-old was listed at number 17 in the rankings put out by the council last week.

In order to receive a title shot, Johnson would have to place at least in the top 10.

Johnson fell several spots after a TKO loss to Sergiy Derevyanchenko last year. The New Providence native would have to take on several fights this year alone in order to climb up the ladder fast enough to get a shot by 2019.

Johnson went into the fight at Derevyanchenko ranked in the top three on the International Boxing Federation’s (IBF) world rankings list, and at one point, was a mandatory number one contender. Johnson is currently represented by Golden Boy Promotions.

He returned to the ring last May after being sidelined for nearly a year and a half, with a shoulder injury, which he suffered in a knockout win over Fabiano Pena, of Brazil.

Johnson was originally supposed to face WBC champion Gennady Golovkin in April of 2016, however, the fight never took place.

WBC middleweight movement has also come to a bit of a standstill in recent months, after the fight between the two athletes at the top of the list, Golovkin and Canelo Alvarez, ended in a draw.

Things got even more complicated as Alvarez lost out on a lucrative rematch with WBC middleweight champion Golovkin on May 5, after testing positive for Clenbuterol on two occasions.

Although he was suspended, Alvarez will be reinstated to the list once his suspension is served.

WBC President Mauricio Sulaiman said he is hopeful the fight could happen again in September.

Until then, the boxing world will have to wait for movement on the list.