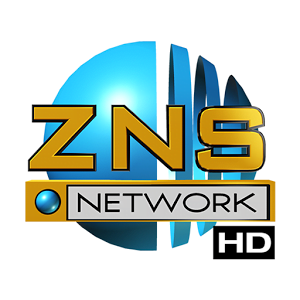 Fred Mitchell tells board to cease and desist representing BCB

NASSAU, BAHAMAS — The self-described “outgoing board” of the Broadcasting Corporation of The Bahamas (BCB) has categorically denied and refuted claims made by the Commonwealth Observer Group (COG) that it reportedly refused to accept and air advertisements from the Progressive Liberal Party (PLP) during the 2021 election campaign.

The refusal was allegedly made on the basis that the party still owed a debt after the 2017 General Election.

In a statement on the matter yesterday, the BCB said throughout the recent election period, it pursued a policy of fairness and balance.

“At no time was the corporation politically motivated in dealing with the repayment of debts owed to it by the political parties,” the statement said.

“The decisions made by the corporation were based entirely on financial considerations and pursued on the basis of fairness.

“The corporation finds it to be disturbing and unacceptable that the observers should have, without first reaching out to the corporation, utter (sic) such disparaging and damaging allegations, and then, astonishingly, to state ‘that it was not possible to determine the veracity of such allegations’ — this cannot be regarded as being balanced or fair.”

In its preliminary report on The Bahamas’ 2021 General Election, COG Chairman and former Jamaican Prime Minister Bruce Golding indicated that while press freedom was observed and generally respected, there was significant concern for the state of the national broadcaster, ZNS, which allegedly did not provide balanced coverage of the activities of the contending political parties and candidates.

He said the group was advised by the PLP that the government broadcaster refused to accept and air its adverts due to an alleged disputed debt from the last election, even though it offered to pay upfront and clear the debt.

However, the corporation said this was not the case.

“In order to ensure its continued financial sustainability, the corporation had implemented, amongst other measures, a vigorous and concerted effort to collect substantial outstanding receivables,” the statement continued.

“Both the PLP and the Free National Movement (FNM) owed the corporation substantial sums of money going back to the General Election of 2017.

“The decision was made by the board several months ago, and long before the general election was called, that no new advertisements, whether paid in advance or not, would be aired for any political party until they first settled their outstanding debts.”

The corporation said this decision was communicated to both political parties, and while both expressed their displeasure, only the FNM paid off its debt, while the PLP made “one small payment” towards its more than $100,000 balance.

It added that once the election was called, the PLP offered to pay $75,000 towards its outstanding debt and pay the rest over time.

“The corporation made an offer to the PLP that it would accept the sum of $75,000 with the balance, approximately $37,000, being divided by the number of slots it wished to take, and the resulting amount to be paid at the same time as payment for each advertisement — so that, on payment of the last slot, the entire debt would end up being repaid,” it said.

“The corporation was subsequently informed that the PLP would not be advertising with ZNS during the remaining election period.”

PLP Chairman Fred Mitchell hit back at the statement, stating: “The persons at ZNS responsible for the unauthorized response to the scathing critique delivered by the international observer group on the 16 September 2021 general elections must cease and desist any representation on behalf of the Bahamas Broadcasting Corporation as they have no standing to do so.”

So why are you here? The FNM out get over it!!!

Better to remain silent and be thought a fool than to speak and to remove all doubt – It’s better to keep your mouth shut and appear stupid.

I hope this matter is fully investigated by the media as to what is the truth. If they owe money, they need to pay now! This can’t be a new day but the same week!