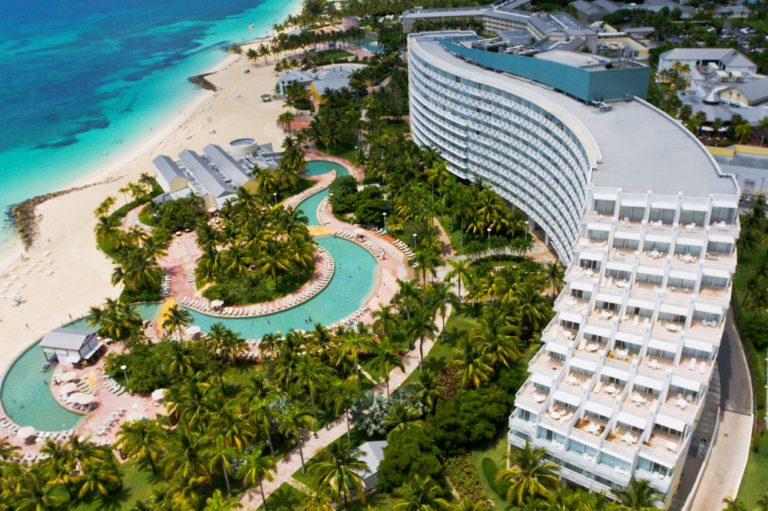 NASSAU, The Bahamas — Grand Palm Beach Acquisitions Ltd. has entered into a Purchase and Sale Agreement for the purchase of a large-scale resort, known as “Ginn Sur Mer” in the West End of Grand Bahama.

Prime Minister, Dr. the Hon. Hubert A. Minnis said the Government of The Bahamas recently received an application in relation to West End, Grand Bahama, or the Grand Palm Beach property.

Prime Minister Minnis made the announcement during a National Address aired yesterday.

Once the deal is completed, Grand Beach Acquisitions Ltd. will construct, repair, revitalize, develop, and operate 246 rooms in three hotels, a banquet facility, 116 branded hotel residences, 1,000 other residences, a hotel/casino site and approximately 150,000 square feet of shops and restaurants.

The impending Agreement will also result in the construction of a spa and wellness retreat, two marinas, an 18-hole golf course, including driving range, an IFR-rated airport, a resort hospitality-training academy, and an organic farm.

Prime Minister Minnis said “Grand Palm Beach Acquisitions Ltd. intends to repair, revitalize, and develop the Property, to be known as “Bahama Bay,” in nine phases over a 10-year period, with a projected expenditure of two billion, five hundred and sixty million dollars.”

“In 2008, the previous developer went into foreclosure and the Government has now been advised that Grand Palm Acquisitions Ltd., has entered into a Purchase and Sale Agreement for the purchase of a large-scale resort known as Ginn Sur Mer in the West End of Grand Bahama.

“The application is now before the National Economic Council to approve in principle and to authorize the relevant government agencies, to negotiate a Heads of Agreement, on an expeditious basis,” Prime Minister Minnis added.

The deal was one of several major announcements Prime Minister Minnis made with regards to the restoration of the Grand Bahama economy during his National Address Monday night.

Prime Minister also announced that there is new investment in East Grand Bahama, at the oil refinery, which will help to provide a number of jobs and that the private acquisition and management of the Grand Lucayan assets, including hotels, the golf courses and the casino are “well underway.”

“Although this transaction is far from completed, it would not be an exaggeration to say that we will have accomplished in a few months, what was not done in a decade. This year, we intend to complete the sale of the Grand Lucayan and Memories properties,” Prime Minister Minnis added.