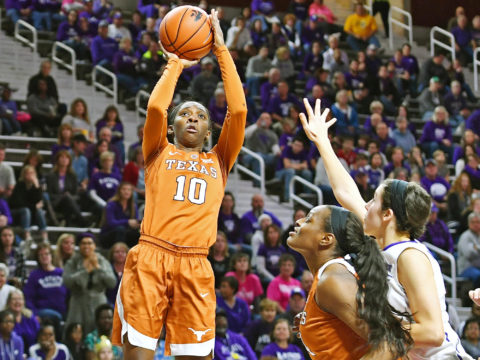 Higgs scored 20 points to reach 1,000 in her career. She came in needing 16 points to meet the mark.

Texas jumped out to a 23-11 lead at the end of the first quarter and extended it to 34-21 at the half. Despite a few North Texas scoring bursts in the second half, the Longhorns remained in control the remainder of the way.

Texas’ rebounding played a major factor in it taking a 13th consecutive win over North Texas.

The Longhorns finished the game with a 61-31 advantage on the glass. Texas’ size advantage also helped it score efficiently, in the paint.

The Longhorns moved to 2-0 on the season with the win. Next up, Texas takes on McNeese at home.