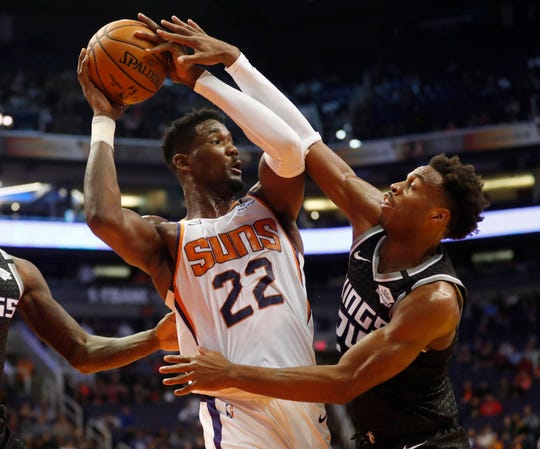 Buddy Hield and Deandre Ayton will be headed to Orlando for the continuation of the NBA regular season.

NASSAU, BAHAMAS- Both Buddy Hield and Deandre Ayton will be headed to the Walt Disney World Resort in Orlando, Florida in July when the National Basketball Association (NBA) resumes its 2019-2020 regular season.

The league suspended its regular season on March 11th due to the COVID-19 pandemic.

After a 29-1 vote last week by the NBA owners (the one holdout being the Portland Trailblazers) and a unanimous vote by the NBAPA reps, it was decided that the league would play out an abbreviated regular season and a full slate of playoff games in Orlando, Florida.

Players will be tested consistently and monitored. Testing of the players is expected to begin on June 22.

“While the COVID-19 pandemic presents formidable challenges, we are hopeful of finishing the season in a safe and responsible manner based on strict protocols now being finalized with public health officials and medical experts,” he said.

Training camps are expected to begin on June 30 and go to July 7 when teams would travel to Orlando. By the time the NBA returns to playing games, over four months will have passed. Based on the current timeline, the NBA will crown a champion in the fall with Game 7 of the NBA Finals tentatively scheduled for Oct. 12.