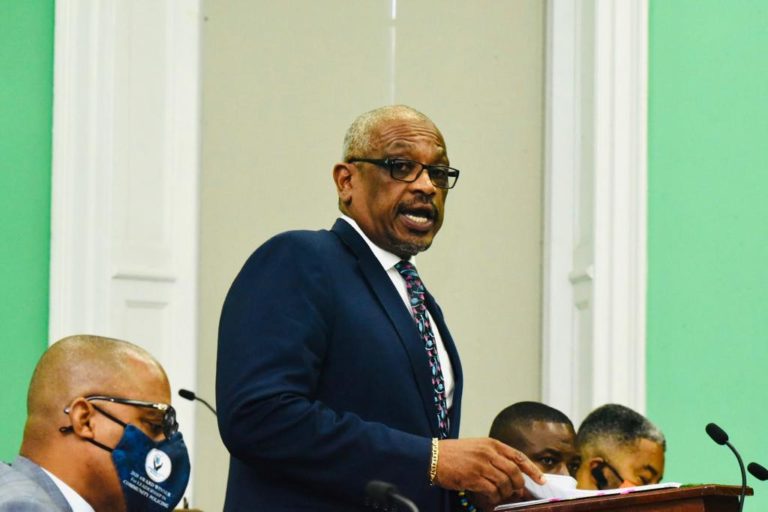 The existing orders will come to an end on November 30.

In the House of Assembly, the prime minister gave notice that he will move a resolution for the extension.

The House is slated to meet next week Wednesday.

The governor general made the initial proclamation of a public state of emergency in The Bahamas on March 17.

The order was originally set to expire June 29, but was extended since then as the pandemic and cases in The Bahamas persist.

The extension of the emergency orders would authorize for the competent authority — the prime minister — to continue existing emergency measures to mitigate the spread of the virus.

These include curfews, closure of prohibited establishments and other restrictions and health guidelines.

Last month, there were 14 votes in favour of the resolution to extend the orders to November 30, zero votes against, zero abstentions and 24 absent.

Cases of COVID-19 on New Providence have continued to trend down.

Just 11 cases were recorded in The Bahamas on Tuesday — nine on New Providence, and two on Grand Bahama.

However, the Ministry of Health noted there was a deficit in the number of laboratories that reported for that day.

New Providence, where the majority of the population resides, continues to lead cases with a total of 5,417.

Another 5,483 cases have recovered.

It is so sad, the government keep extending the emergence orders, and cannot afford to take care of the Bahamian people.
I think it should be brought to the public attention that the task force food voucher programme has taken hundreds of persons of their list to receive vouchers for phase two.
They had already drop the value to $35. Per week.
Now they giving $35 every 2 weeks, which is less than the $20 a week, they tried to do this weeks ago, when persons went on the news about it.
Now if that’s not bad enough they have taken hundreds of the list to get vouchers every 2 weeks which is $17.50 a week.
My God, our government cannot afford to give all the people on the list $17.50 per week.
What is the Bahamas coming to, this is not right.
You cant keep extending emergency orders and you cant take care of your Bahamian people.
Get it together!!!!! Make it make sense.
AS FOR THE TASK FORCE, MY GOD,
you took people who dont have a job, people who only collect 1 voucher per house hold, people who are senior citizens, people who are Bahamian off the list.
You give it to people who are still working, people who are collecting more than 1 voucher in their household, and people who are not Bahamian citizens.
Some of the take force workers are the biggest crocks, because they carry home lots of vouchers and they approved their friends. Just saying, you guys had your hands in the cooking jar from the government allocated these so called millions of dollars for food assistance., this is the reason not everyone is on the kanoo app, make this make sense.
Stop saying people double dipping that’s why you take them off the programme, because it’s not all true. You got a handful which might of got two vouchers but my God for $35, they probably had to in order to feed their families.
If everyone was on the kanoo app, only one person would receive the voucher once per week, because better accountability would have been in place.
But this was not done because they wouldn’t be able to dip into the cookie jar, now that the money is getting low, the innocent have to suffer for the guilty.
Wow.
Please post this for the Bahamian people, the government needs to be aware as well as the task force.
We as Bahamians is very upset with what’s going on in our country.

As someone who grew up in Tarpum Bay, on Eleuthera, cares about the wellbeing of Bahamians, and now lives in the US, works as a physician, and one that has been researching US and world economics as it relates to the next few years, I wanted to share a thought. The economic pain in the United States is going to be long lasting and likely will get much worse, given the decimation of our small businesses by government regulation and federal reserve creating a debt based system which is creating massive poverty by crippling the free market. Long story short, you all in the Bahamas are not going to be able to flip a switch and have American tourists flock back like before COVID. Seems like it may be wise to encourage every capable family in the Bahamas to utilize a piece of commonage land, and be given (or supplied in order to be purchased) seeds which could be used to plant a small field/garden, to prevent massive hunger in the upcoming months. Remember, an economy is what a country produces, and there may be a point where food prices will be unatainable by the lower 50% or more of the people. Bahamas government, please consider encouraging production of food by families for subsistence living, and reduce the dependence on imports.