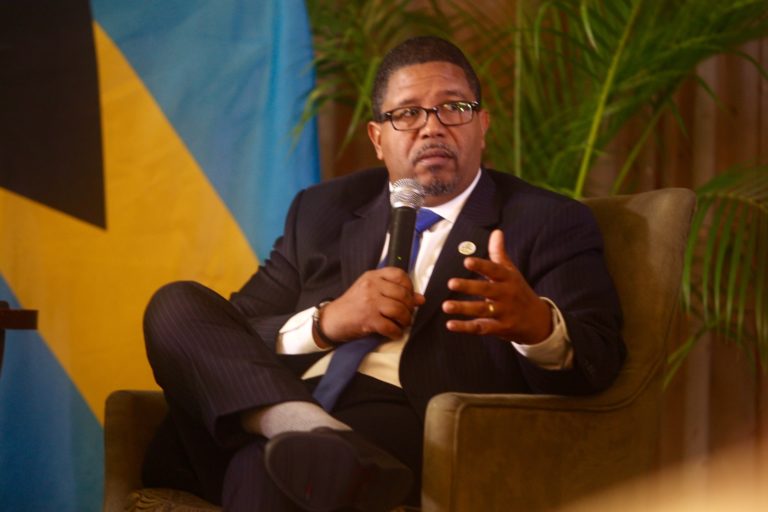 NASSAU, BAHAMAS — Government will have to look at how it can extend its COVID-19 incentives package to ensure the offerings are having the desired effect, Deputy Prime Minister and Minister of Finance K Peter Turnquest said yesterday.

Turnquest was speaking to the Rotary Club of Lucaya via Zoom.

“We recognize that this crisis is running longer than we initially anticipated,” he said.

“When we had done our initial economic modeling we had anticipated that we would be done with this episode by the end of this month and that we would suffer economic loss of about $10 million.

“The package of incentives we devised is about $120 million, roughly about one percent of GDP and we had hoped and prayed this would be over by the end of April. Unfortunately it’s not looking like it’s going to be done by the end of April and the prime minister has extended the lockdown period until the end of May.”

He continued: “We will have to look at how we extend the benefits we offered and look at these programs to ensure they are having the intended effect and to ensure that they are sustainable from a financial point of view, from a cash flow perspective for us. We anticipate that we will carry the programs through the end of the fiscal year June when we determine what kind of financing we will need.”

The government is forgoing $60 million in tax revenue by introducing a tax deferral and tax exemption initiative aimed at protecting up to 10,000 jobs. Th government has also introduced a $20 million small business continuity loan program as well as $10 million for the temporary unemployment benefits through the National Insurance Board (NIB).

Turnquest said:“We hadn’t used up all of that borrowing for this fiscal year so we still had about $239 million dollars that we can still access in terms of borrowing envelope available to us to help us carry on through to the end of this fiscal year when we will present the new budget. Our creditors are still willing and eager to support us and so we are in good shape from that perspective.”

The finance minister noted that by year’s end, the country’s foreign currency reserve which are at about $2 billion could be down to about $1 billion.

He furthered the Bahamas imports most of the goods its needs that require US dollars.

“We also have significant foreign debt in US dollars which will come due this year,” Turnquest said.

“We will have to pay to refinance those debts in addition to paying interest payments on these debts. We have to be in a position to pay those debts to ensure we do not default because that would be a total disaster.

“We did not see any challenges in this regard. We do have some FDI projects which we are pushing through with urgency which will inject foreign currency into the economy. We expect tourism will start to see some rebound at the end of July going into the Fall.”

He added: “We believe that there is going to be a pent up demand for beach vacations and we do anticipate we will have a strong rebound as soon as people get more comfortable either with the existence of the virus or a vaccine comes along.”