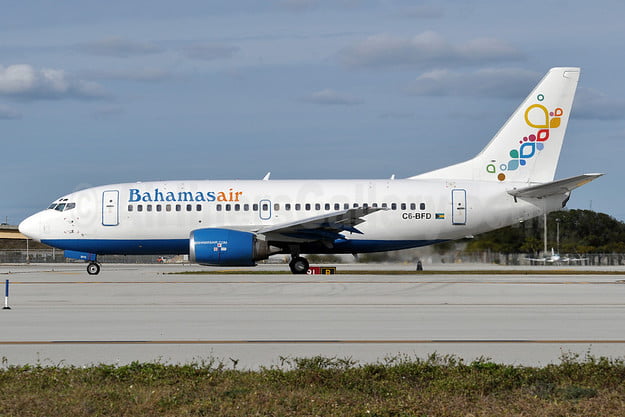 A Bahamasair plane sits on the runway. (PHOTO: BAHAMASAIR)

NASSAU, BAHAMAS — Bahamasair expects that its Nassau operations will begin to go cashless by year’s end, according to its managing director, Tracy Cooper.

Cooper said during the recent Exuma Business Outlook: “We have been looking at the means by which to go cashless and digitize out the currency collection process. This was always in hand and it is at the tail end as well.

“We believe that sometime before the end of the year, we will be able to, starting in Nassau, have a cashless operation.

“We are already cashless in the US and in Providenciales. In Nassau, we will start that before the end of the year and extend it to the family of islands as we go along.”

Back in the summer of 2019, the airline announced that all Florida stations, including Miami, Fort Lauderdale, West Palm Beach and Orlando, would be going cashless. Those locations provide self-check-in and accept and process all debit and credit card transactions.

At the Exuma Business Outlook, Cooper also noted that Bahamasair, which offers twice daily service to Exuma, is working with British Airways, Virgin Atlantic and Air Canada to ensure connecting flights for passengers who wish to visit Exuma.

“We are making sure those flights can connect,” said Cooper.

“We have British now coming in, so we are connecting to make sure passengers off British Airways get down to Exuma and get back in time for the flight and we are in communications with Virgin Atlantic so we can adjust ourselves likewise. We are also reaching out to Air Canada.”

And the constant power outsges, lousy internet, card machines that consistently do not work will make this a seamless process in the Bahamas I’m sure.