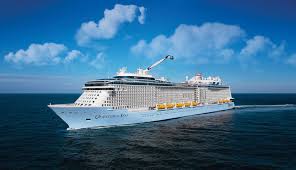 I wonder how many Bahamians know how destructive cruise ships are for our environment and how little they do for our economy compared to stop-over tourism.

For example, some of these ships have upwards of 8,000 passengers onboard. Combined they produce more than 7,000 gallons of sewage per day, which is routinely dumped into the ocean. Each ship creates the same amount of air pollution as 350,000 cars. This is not to mention the tons of garbage that is generated on each voyage.

Meanwhile, the benefits for our country of allowing these floating trash piles to visit here are severely limited, especially since the ships are allowed to keep their stores, restaurants and casinos open while in port so passengers have very little incentive to stay long onshore, or even get off the boat in the first place. This isn’t the case anywhere else in the region. Only in the Bahamas.

The benefit for us is even more limited through these “destination islands” which the cruise ship companies have purchased and continue to seek to purchase. By taking their passengers to these islands, which are totally run by their staff, the companies ensure that almost none of the profit stays in the country.

Sadly, over the years our politicians have focused more and more on catering to these cruise ship companies and less and less on encouraging growth in more lucrative stop-over tourism. Sure, tourist numbers grow as bigger and bigger ships come into our ports, making the politicians look good on the news, but spending per passenger onshore is less and less.

Don’t take my word for it. Canadian cruise expert Ross A. Klein had the following to say in an interview in 2009:

“Cruise ships are businesses and operate to make a profit. They do this ‘on the backs’ of ports. Ports build cruise terminals and infrastructure, usually recouping only a small percentage of their investment. In addition, local merchants receive only a percentage of passenger spending. Cruise ships hold back as their commission 50 per cent or more of what passengers spend on shore excursions. In addition, they charge hefty fees to stores promoted onboard as ‘preferred’ shopping outlets, and may also expect payment of commissions from stores not promoted. A recent study in Belize found that while cruise passengers account for 75-80 per cent of the country’s foreign visitors, they account for only ten per cent of employment in the hospitality sector. Most recently, cruise corporations have begun buying and/or building cruise terminals. The positive is that cruise ships and their passengers have modern facilities, however the negative is that the economic impact on the local economy is further reduced as income from these terminals go to offshore, foreign-registered corporations. Local merchants wishing to sell their wares must now rent space from the cruise line if they want to have access to cruise passengers as they disembark or embark.”

In light of the above, what on EARTH is the Minnis Administration doing considering a bid by a cruise ship company to redesign and run the Port of Nassau? This, to put it mildly, is an awful idea. Why would we hand our premier destination port over to a foreign company that is intent on sucking all the profit out of the country for itself? Why for that matter are we considering allowing cruise companies to purchase more private islands, for use only by their passengers, where Bahamians will not be welcomed?

It’s supposed to be the people’s time. Let’s start acting like it, and stop giving away our national assets to whichever outsider shows up with a fist full of cash.