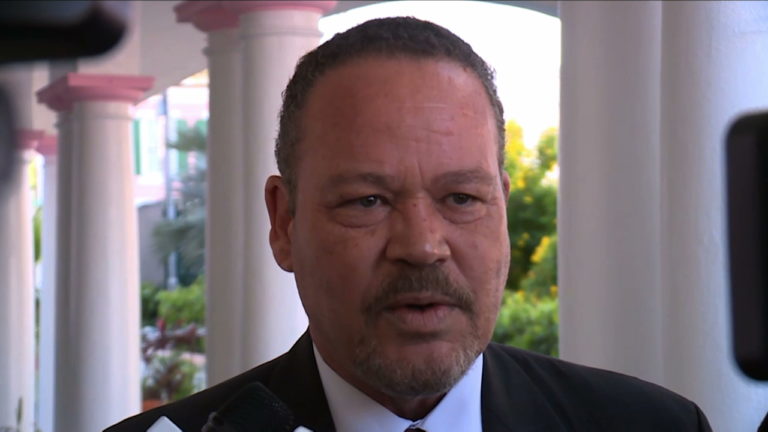 NASSAU, BAHAMAS — Attorney General Carl Bethel advised yesterday that the government will appeal a Supreme Court ruling to extend its injunction preventing the government from destroying shantytown communities on the entirety of Abaco.

On Monday, Supreme Court Justice Cheryl Grant-Thompson handed down her ruling in the contentious matter, restricting the government’s actions without bringing evidence of a breach of the law to the court first.

The substantive judicial review of the shantytown matter is still under review by the court.

Bethel, along with Deputy Prime Minister and Minister of Public Works Bannister and Foreign Affairs Minister Darren Henfield responding to the judgement outside Cabinet.

The attorney general said he read the judgement to consider the implications and subsequently met with counsel involved in the matter yesterday morning.

“We respectfully disagree with the reasoning of the learned judge,” Bethel said.

“We respectively disagree with the conclusions arrived at by the learned judge and we will be appealing or seeking leave to appeal on the basis of urgency to the court of appeal where we hope this matter will be definitely resolved.”

Bannister said that the government does intend to follow the law and the decision of the Supreme Court judge to stop the demolition of shantytown homes on Abaco without clearance from the courts.

“In my view, it is a flawed decision. It is wrong in law and we expect that we will have it overturned,” Bannister told reporters outside Cabinet.

He sought to justify the government’s actions, insisting that Supreme Court Justice Cheryl Grant-Thompson’s ruling is “dangerous” for the country.

He noted that the buildings recently demolished by the government were newly constructed buildings that were not protected under the initial injunction and do not affect the ongoing court battle.

Bannister accused the judge of usurping the statutory powers of the building control officers at the Ministry of Works and officers throughout the various ministry throughout the country.

“The judge is now determining whether they can carry out their duties in accordance to the law. That has to be wrong.”

He insisted that the judgement also signals “open season” for anyone who wants to build illegally on someone else’s property.

“To enforce the law, the government is going to have to make an application to a judge,” Bannister said.

He added: “Right now you cannot enforce the laws of the Bahamas virtually anywhere and we are in the middle of the hurricane season”.

The government recently demolished at least 10 illegal housing structures in The Farm shantytown as it continues its third phase of eradicating such dwellings throughout the country.

The monstrous Category 5 storm destroyed the two largest of the six shantytowns on Abaco — The Mudd and Pigeon Peas — in September 2019.

Following the storm, the government issued an order with immediate effect preventing anyone from building or developing in The Mudd, Pigeon Peas, Sandbanks and The Farm and cleared down the debris from those storm-ridden areas.

Many of those residents, some of whom are believed to be undocumented migrants, are still attempting to recover nearly two years later.

Henfield, North Abaco MP, said while he was not entirely pleased with the judgement, “that’s the way it is”, indicating that his interpretation of the ruling was for the government to “maintain the status quo”.

He said the interest of the government is to simply regulate buildings in the country and ensure what was seen during Hurricane Dorian, doesn’t happen again.