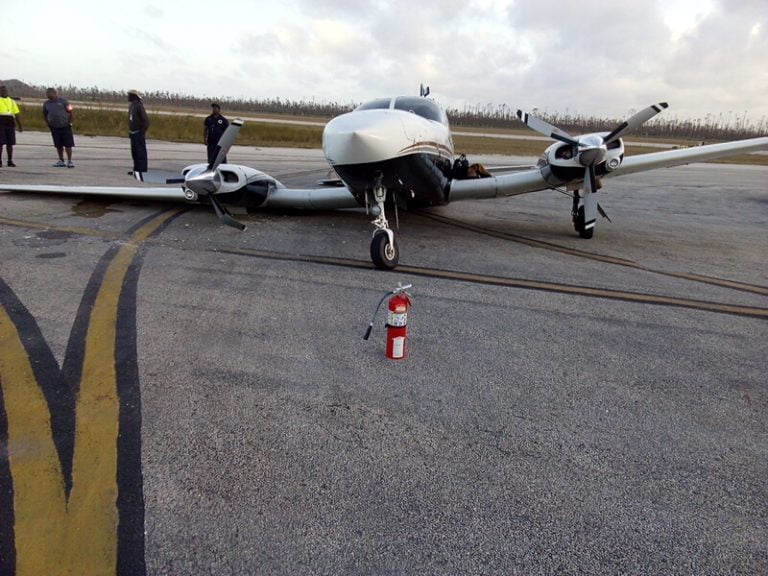 There were 10 people on board, including the commercial pilot, none of whom were injured, according to the preliminary report.

Last December, a Flamingo Air aircraft with 12 passengers and two pilots on board veered off the runway at the Black Point, Exuma airport and crashed into nearby bushes.

No injuries were reported.

The AAID said the Air Beech 99 airplane was landing at the airport at 8.30am when the right main gear collapsed, which caused the plane to veer off the runway and subsequently crashed into bushes.