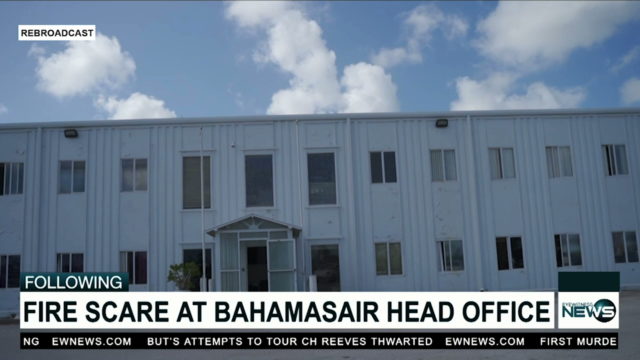 NASSAU, BAHAMAS- Operations at Bahamasair’s head office on the airport road came to a standstill on Thursday morning after dozens of employees were evacuated from that location following a fire scare.

Tracy Cooper, the Managing Director of Bahamasair confirmed that shortly before 11:00 a.m. on Friday, employees began complaining of smoke coming from an air conditioning unit.

It wasn’t long after staff began complaining that all employees were subsequently evacuated from the building, Cooper confirmed.

“Around 10:45 this morning, staff started to complain about a strong burning scent which was followed by some evidence of smoke coming out of the air conditioning system. So, we evacuated the building and shut down all of the electrical systems,” he said.

“Fire teams responded quickly and did an assessment of the facility. They discovered that there was not a fire but that the burning scent was coming from an electrical failure within the air conditioning system.

“We have started to vent out the building and have contacted companies to come in and assess the damage.”

Cooper confirmed that the morning hiccup did not negatively impact the airline’s flight services.

He also confirmed that operations at the airline’s head office will resume today.

“We expect operation to resume tomorrow[today] because it didn’t seem like it was anything that was widespread. So, we are hoping for a remedy by the professionals by the end of the day,” he said.

The national flag carrier has used the airport road location as its head office for a number of decades now.

While the structure is aging, Cooper confirmed that management has no immediate plans to relocate.

He asserted that Thursday’s issue was a minor electrical malfunction which was isolated to a small area within the building.