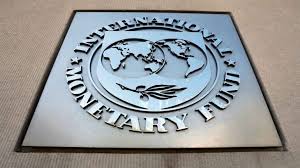 Dukharan: Non-borrowed, usable reserves were -$404M USD in Nov 2021 and have been negative for more than a year

NASSAU, BAHAMAS — The Bahamas will be in an International Monetary Fund (IMF) adjustment programme “in the next year or two”, a noted Caribbean economist is once again predicting.

“External reserves strengthened as a result of increased USD borrowing and not based on economic activity. Non-usable reserves amount to 46 percent of total external reserves.

“Non-borrowed, usable reserves at November 2021 stood at negative USD$404 million and have been negative for more than a year.

“We expect a debt restructure and an IMF program in the next year or two.”

The alternative to currency devaluation is an internal devaluation — much like the IMF BERT program in Barbados, lowering labor costs and the overall cost of doing business through reforms and raising taxes.

The economist added: “The high level of external debt — 43 percent of central government debt — would make a devaluation very costly in terms of overall debt burden.

“In 2020, the IMF assessed that the currency was overvalued by six to nine percent.

“The alternative to currency devaluation is an internal devaluation — much like the IMF BERT program in Barbados, lowering labor costs and the overall cost of doing business through reforms and raising taxes.”

Still, Dukharan said the Bahamian economy is expected to grow by five percent this year and four percent in 2023, backed by reconstruction and the continued recovery of tourism.

This, she noted, however, will still leave the level of economic activity around seven percent below its 2019 level.

The time to pay the Pied Piper is coming. Hold on it’s going to be a rough ride. This is what happens when governments are not fiscally mindful in budgeting and spending.