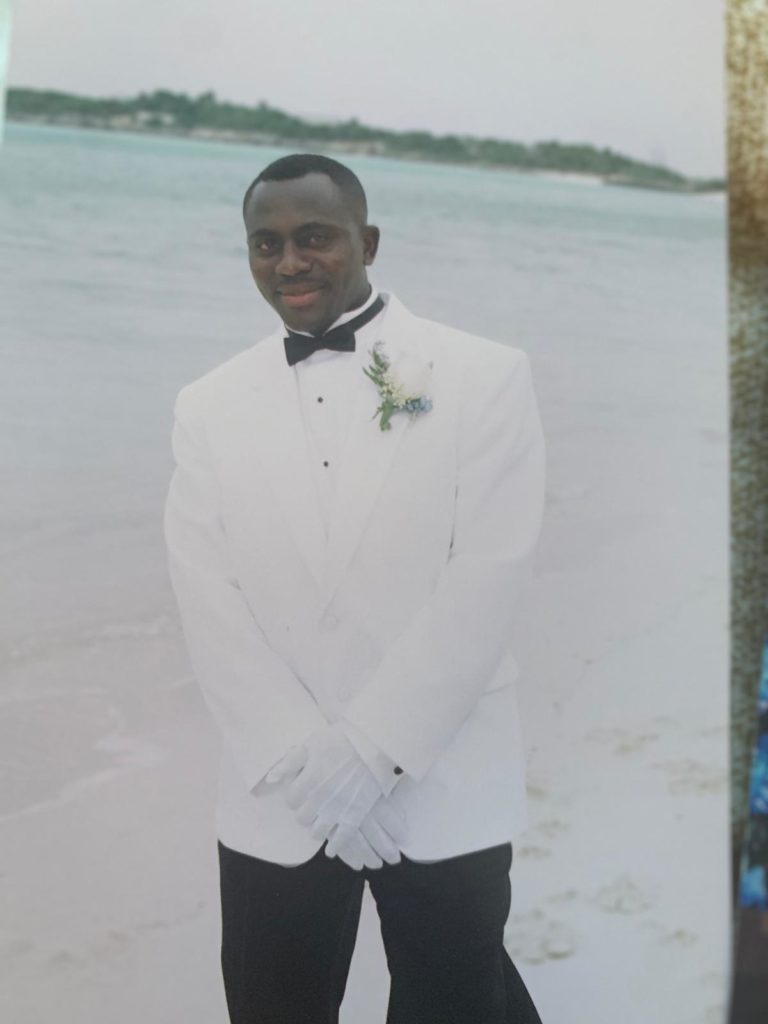 The late Gilbert Honore, who died in a traffic accident on Exuma on February 21, 2021.

EXUMA, BAHAMAS — A grandfather became Exuma’s latest traffic fatality last week when he lost his life in a car crash.

Reports revealed that police were called to an accident in the settlement of Hermitage shortly before 10pm, where they met a badly damaged aquamarine Toyota Passo.

In the vehicle was Gilbert Honore, who was pronounced dead on the scene by a local doctor.

Honore was a 47-year-old barber and security officer who was on his way home from work, according to his wife, Marina.

In an interview with Eyewitness News, she said she was left uninformed about the accident.

“I haven’t heard anything at all; police haven’t gotten back to me as yet,” she said.

“When I arrived at the scene, it was pretty dark so I didn’t even see much.”

Marina described her husband as a caring man who was stern but friendly.

“He was close to our two-year-old grandson; they always played ball together,” she said.

Still trying to grasp reality, she added: “Well, with my family around me, I’m making it pretty well. My daughter, aunts and cousins are all here with me.

“I’m taking it hard though. It’s something that happened that you didn’t expect.”

Police included his death in their daily report on Friday and indicated they were still investigating the circumstances surrounding the accident.

My sincere condolences to the family. May God give you the strength to cope. May his soul rest in eternal peace.