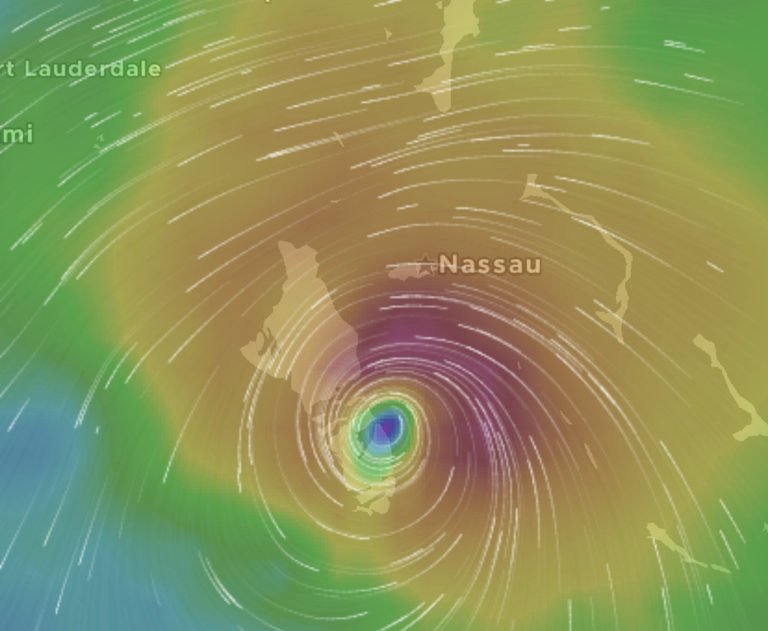 NASSAU, BAHAMAS — Residents in Eleuthera, Abaco, and Grand Bahama are now experiencing tropical storm force winds, which are expected to subside over Eleuthera this afternoon and over Abaco tonight, according to the Department of Meteorology.

“Tropical storm force winds will continue over Grand Bahama through tonight, becoming stronger to possible hurricane strength over the western half of Grand Bahama tonight,” the department said.

East Grand Bahama MP Peter Turnquest said: “I think all of us in Grand Bahama are very sensitive to storms and [residents] tend to follow the instructions carefully.

“This storm, I believe [it] is believed to be going to skirt to the west, so persons to the eastern area are staying at home. Those who still have a relatively stable home, they are staying in the east.”

”So, those kind of numbers based on the structures that are still standing and strong enough to withstand the tropical storm-type winds,” Turnquest said. “I think they have basically decided that they will shelter-in-place at this time. We’re encouraging everyone to; one, watch the weather reports to ensure the system does not shift back towards the east; and secondly, that the intensity of the storm remains where it is when it hits Grand Bahama.”

The center of Hurricane Isaias is expected to exit Andros by 2pm.

The storm has maximum sustained winds of 85 miles per hour.

A hurricane warning has been discontinued for the central Bahamas as of 9am. This includes Exuma, Cat island, Rum Cay, San Salvador, and Long Island.