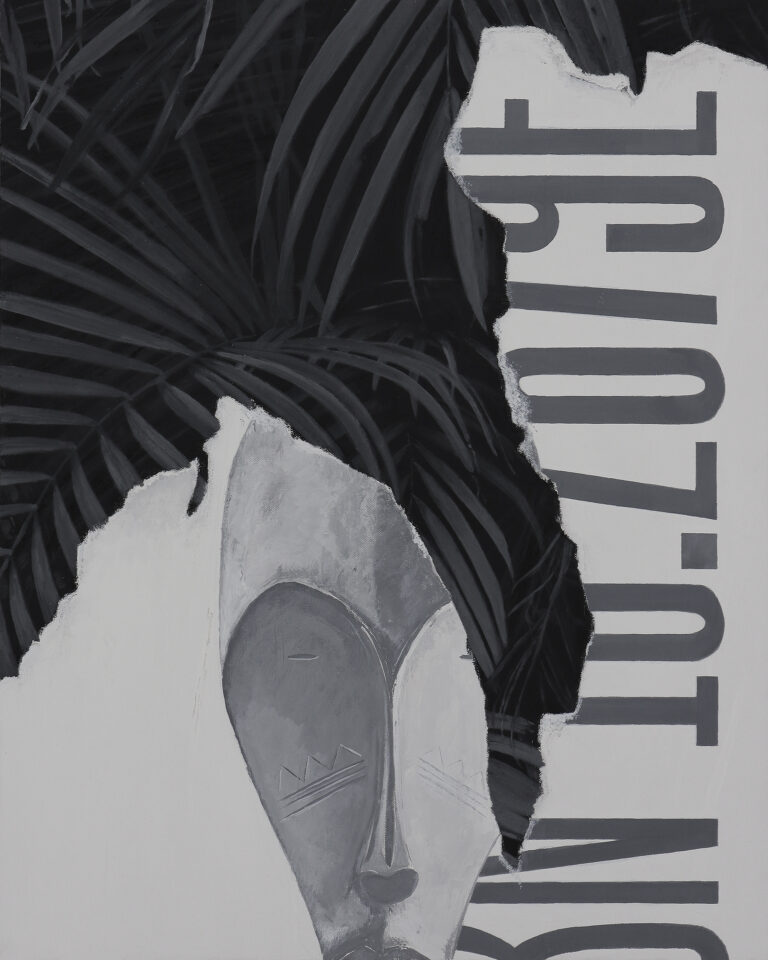 NASSAU, BAHAMAS — TERN Gallery is pleased to present “Ad Paintings”, a solo exhibition of works by Drew Weech, running from April 6 to June 30, 2021.

Weech’s “Ad Paintings” are the first in a series of paintings making historical reference to memories and elements from the now Harlem-based artist’s home in The Bahamas. “Ad Paintings” draws inspiration from the motif of repetition often seen in advertising and popular visual culture. Through these paintings, a critique of the idea of “home” emerges, engaging with elements that have deep yet often-forgotten histories in the Caribbean.

The works presented in this exhibition are part of an ongoing investigation Weech calls “Ad Paintings”, which he began working on in late 2019. Using mainly oil sticks and flashe paint, the artist intentionally evokes feelings of wheatpasted street posters, referring to the repetition and overlap of cultural histories and practices that remain over many generations.

Weech situates the subject matter in relation to his Afro-Caribbean roots: the painted interruption of torn paper and emblematic visual elements — such as palm trees and geographic coordinates — represent an urge to engage a multiplicitous history that is often overlooked, denied or forgotten.

“Much of the work comes from conversations I used to have with my grandmother as a kid about the past,” said Weech. “I learned a lot about the similarities and the differences from my childhood in the ‘90s to her childhood in the 1940s.

“This show really mines that history conceptually, and is very much a love-hate critique of how I miss home and how I’m learning to articulate that without putting it on a pedestal.”

Weech (b. 1984, Nassau, Bahamas) is a New York-based Bahamian painter. He graduated from NSCAD University in Halifax, Nova Scotia, Canada, with a BDes in Interdisciplinary Design in 2011. He explores various historical and contemporary archetypes such as the nude and the vanitas to vivify his own conflicted feelings about the notion of “home”.

TERN is a new gallery in Nassau, The Bahamas, that opened its doors in December 2020. Recognizing the need for world-class contemporary art spaces to bring Bahamian artists to local and global acclaim, Amanda Coulson and Lauren Holowesko, together with Gallery Manager Jodi Minnis, debuted TERN, creating a space of opportunity that had previously been absent in the often eurocentric art world.

TERN offers a platform for Bahamian artists to find international success, setting pathways for young and emerging artists to access careers in the arts beyond the prior realm of possibility.