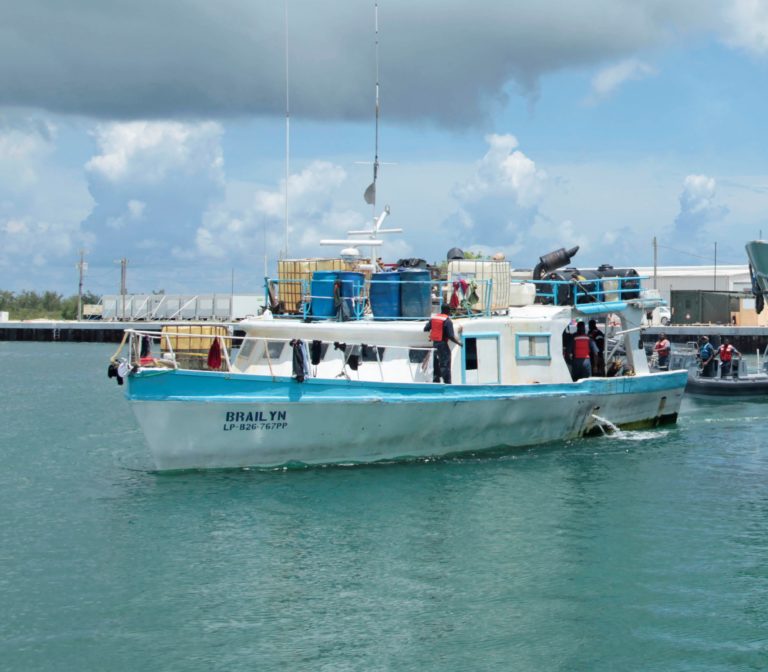 The Dominican 50-ft. vessel used for poaching in Bahamian waters, which was confiscated by Royal Bahamas Defence Force (RBDF) marines.

Four Dominican fishermen were charged in court Friday for poaching in Bahamian waters.

Leidy Trinidad, Pedio Cabera, Hector Ventura and Randis Tabarez all appeared before Magistrate Carolyn Vogt Evans and were charged with illegal fishing and possession of the Nassau grouper.

The men all pleaded guilty to the charges.

Their vessel and fisheries product were all confiscated and the men were remanded to the Bahamas Department of Corrections (BDOC).