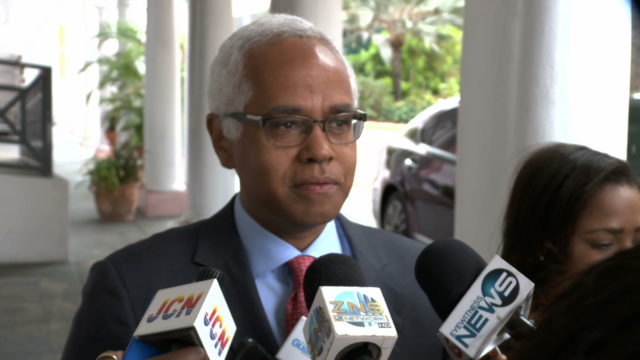 Says bidding process will close in less than three weeks

NASSAU, BAHAMAS – Government will soon begin narrowing down a list of nearly two dozen who are vying for the chance to own and operate the Grand Lucayan Resort on Grand Bahama, according to tourism minister Dionisio D’Aguilar.

The government purchased the embattled property in mid-2018, at a price tag of $65 million dollars.

At the time government asserted that it had no intent on holding onto the property and would work toward selling it to a new owner who would be responsible for breathing new life into the property.

D’Aguilar revealed that the bidding process will close in less than three weeks.

“We expect to close off the acceptance of bids by February 15th and that will be followed by an evaluation period,” he said.

D’Aguilar confirmed that there are almost 20 bidders who have thrown their hat into the ring and he expects that the evaluation process will help to narrow that number down significantly.

“We expect that we will pare down those who submitted proposals to a small grouping and then government will evaluate which one it feels is the best and we will then select an operator,” he said.

The tourism minister noted that he is hopeful that the selection process will not be unnecessarily drawn out.

“Obviously, we have goals; but these things take time. However, hopefully, we will get it all completed within the shortest possible time,” D’Aguilar said.

While the government is focused on wrapping up that process, it also has its hands tied in deciding what will happen in regards to a number of Voluntary Separation Packages (VSEPs) for managers at the Grand Lucayan resort.

Despite ongoing negotiations, there has still been no forward movement on the payout of VSEPs for a total of 90 managerial workers at the resort.

The VSEP offer was part of an overall strategy to streamline the operational costs of the resort and put it on a path to profitability before its resale, which the government hoped to achieve in the second quarter of 2019.

The government said the VSEPs would have been completed before Christmas, but to date, negotiations continue.

Media attempted to get the tourism minister to provide an update on the negotiations, however, he skirted away from providing definite details.

“We are right in the middle of negotiating all of that right now so I would not like to preface that conversation with a comment from me, but when it is completed we will come to the press and let you know what is happening,” D’Aguilar said.