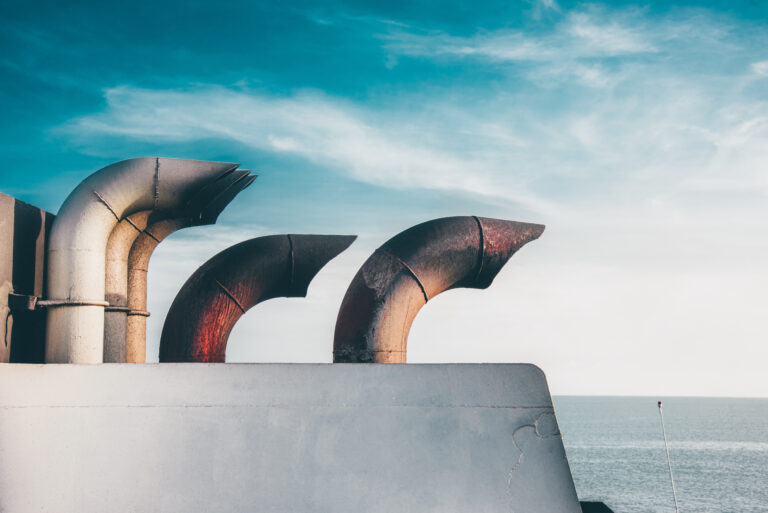 Exhaust from the smokestack of a cruise ship. (FILE)

NASSAU, BAHAMAS — A local environmentalist yesterday warned that this nation must “practice what it preaches” regarding climate change, arguing that decisive action on the part of the government is needed to mitigate pollution from the cruise and shipping industries.

Save the Bays Chairman Joe Darville, while lauding Prime Minister Philip Brave Davis for highlighting the effects of climate change on Small Island Developing States (SIDS) like The Bahamas, said there is more this nation can do to help mitigate environmental degradation.

“I salute him for saying what the situation is, but I was also expecting him to propose what it is we are going to do to ensure we are not exacerbating this detrimental situation,” said Darville.

“We have to also admit our role in this issue through our relationship with the cruise industry and the shipping industry.

“It must be understood that we have legislation in place so that they cannot simply dump waste in our waters.”

The prime minister issued a strong call for the world’s superpowers to take action immediately, stating: “Morally and ethically, it has to be beyond imagination and conscience that we do so little until it becomes too late.”

He added: “Promises and agreements are easy. Action — specific and concrete policy changes — is a lot harder. Action requires courage.”

Davis noted that large nations contribute the most to the world’s carbon emissions while smaller nations like The Bahamas bear the brunt of its effects.

“The Bahamas is not now and never has been the problem, but yet we are forced to pay the price,” said Davis.

He added: “We in The Bahamas will do what we can, but the limits of what our nation’s effort can accomplish are stark.

Darville said: “I heard the prime minister’s remarks at COP26. It made some sense but it didn’t go far enough. If we are only looking to profit from carbon credits, it means we are not preoccupied with what we are contributing.

“One issue that is significant is what is happening with the cruise ships in our ports. The cruise ships, which can be up to six in port at any one time, are not using shore power. They are emitting all of that CO2 into the atmosphere.

“That is an issue that we have to deal with. We need to force them to burn fuel that does not emit so much CO2 into the atmosphere.

“We are also one of the major shipping lanes and we have to let the world know that we are not going to stand for the uncontrolled dumping that’s been going on.

“There is far too much garbage ending up on our beaches and at the bottom of the ocean.”