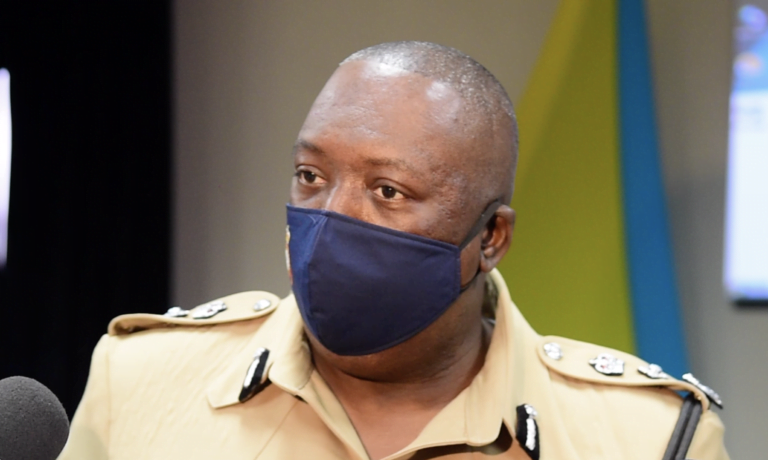 Police Commissioner Paul Rolle (FILE PHOTO).
NASSAU, BAHAMAS — Commissioner of Police Paul Rolle yesterday acknowledged the police funeral held over the weekend contravened the emergency order.
Rolle told reporters “It is what it is,” adding it was important for the organization to ensure that it does not happen again.

The funeral service, which was live-streamed on the Royal Bahamas Police Force’s Facebook page last week Thursday, was held in honor of a late woman corporal but did not have the proper approval to hold the large event.

Dozens of people were seen attending the event, most of whom could be seen wearing masks, standing under tents, and alongside the service area.

There were also performances by the police band and a choir.

The commissioner of police and the Office of the Prime Minister has said no approvals were given for the funeral to take place.
Asked about the matter yesterday, Rolle said, “I don’t know what else I can add to it, other than in fact to say that it did in fact happened…couldn’t say why”.

He noted, however, that there were three funerals that were going on side by side that day.

“Obviously people see the police, they love the police and they came over and naturally a lot of persons were there. It is what it is,” he said.

“We just now have to make sure as far as the police part of it, that we don’t allow it to happen no more.”

Rolle said unfortunately there have been other recent deaths on the police force.

“We keep saying to the families what is permitted and it’s up to persons to abide,” he said.

“But when you arrive at the cemetery and you meet a large crowd, you’re in the ceremony, do you stop and run the people out. That is the difficulty for us.

“We simply have to ask people to abide and not only in funerals but straight across the board.”

In the police daily report yesterday, police also sought to remind the public on protocols regarding large gatherings and social events.

“Funeral services are not permitted in churches on the island of New Providence,” it advised.

“Funerals may only be held at the graveside.

“The police ask all concerned religious leaders, morticians and family to comply with these orders.”

Additionally, it advised that social gatherings are not permitted in New Providence and the opening of bars is currently prohibited.

So why don’t they be charged for breaking the emergency order rules like all the other bahamian’s who had to pay fines for breaking the rules what’s the difference. One minister said the law is for all not one set so if you do it that means I can do it with out being prosecuted then so the courts should refund all them charged then