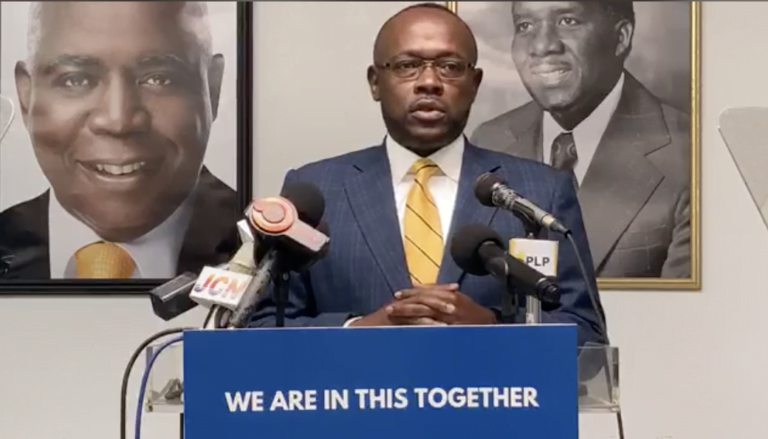 NASSAU, BAHAMAS — Progressive Liberal Party (PLP) deputy leader and Opposition finance spokesman yesterday urged the government to be forthright in forecasting its financial needs and not “sugarcoat” the economic realities the country faces.

Moody’s said:  “Even if there is a degree of under-execution in the capital expenditure plan, the fiscal deficit will widen substantially, reaching 11 percent of GDP in 2020/21 and pushing gross borrowing requirements to 16 percent of GDP, or around $2 billion, given the debt repayment schedule.”

Cooper continued: “We note that the government is still stubbornly sticking to its forecasts of $1.3billion. Had this not been such a dire set of circumstances we would say, “I told you so.”

Cooper argued that decisions made today will have a generational impact on the value of the Bahamian dollar, the sustainability of the Bahamian economy, and the way of life for its citizenry.

“We call on this government to be forthright and truthful in the forecasting of the government’s financial needs without any attempt to underestimate or sugarcoat the realities,” he said.

“Reports of many of its programs running out of money tell the current reality. Crisis management requires vision, forecasting, and strategy. We renew our call for a debt management committee to assist the government in managing, structuring, and negotiating its current and future debt,” he said.

Always a headline ahead, Eyewitness News, The Bahamas