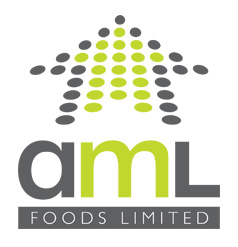 NASSAU, BAHAMAS — AML Foods reported $42.9 million in sales for its first quarter, with net profit $0.9 million for the period.

The BISX-listed food retail and franchise group, in the first quarter results for the period ending July 31, noted that sales for the quarter were $42.9 million compared to $46.8 million for the same period in the previous year.

AML’s Chairman Franklyn Butler II noted: “While sales were down to prior year by $3.9 million or 8.3 percent, sales were in line with budget and were ahead by 3.7 percent or $1.5 million on a pre-pandemic basis two years ago.

“Sales for the franchise division continued to improve over last year when there were government-imposed COVID-19 restrictions.

“Net profit for the quarter was $0.9 million compared to $4.8 million for the same period last year, which included $2.5 million of hurricane insurance recovery income and buoyant revenue attributable to the COVID lockdowns.

“On a pre-pandemic basis, net profit was up $0.8 million compared to two years ago.”

Butler noted that selling, general and administrative expenses (SGA) continued to improve and were 28.6 percent of revenue for the quarter, compared to 29.6 percent for the same period two years prior.

“In the previous year, SGA expenses as a percentage of sales were relatively low, driven primarily by the large sales volumes generated during the same period,” Butler noted.

“Shrink results, while improved, continue to be a core focus of the management team. Given the addition of our Exuma location, inventory levels were slightly higher compared to the year ended April 30, 2021.

“Management continues to focus on inventory availability and improving assortment across all stores. Cash and bank balances remain strong at $12.6 million, a decrease of $1.1 million from April 30, 2021.”