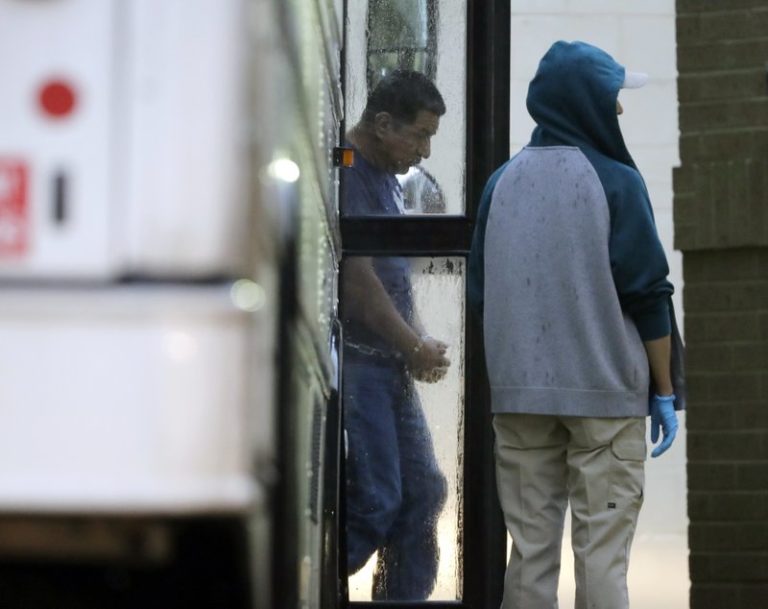 McALLEN, Texas (AP) — The federal government wrestled with the fallout Thursday over President Donald Trump’s move to stop separating immigrant families, with no clear plan to reunite the more than 2,300 children already taken from their parents and Congress again failing to take action on immigration reform.

Democratic mayors and other leaders traveled to the border to step up pressure on the White House over its hardline immigration policies, and the Justice Department went to court in attempt to overturn a decades-old court settlement that limits to 20 days the amount of time migrant children can be locked up with their families.

And in the Texas border city of McAllen, civil rights lawyer Efren Olivares said federal prosecutors unexpectedly dropped charges against 17 immigrants due to be sentenced for improperly entering the country — a claim the U.S. attorney’s office denied.

The confusion and uncertainty resulted from the abrupt ending Wednesday of a White House policy that separated more than 2,300 children from their parents over the past several weeks. The practice set off an outcry from all corners of the world, with the images and sounds of crying children dominating the news.

Mayors who gathered at a holding facility for immigrant children at the Texas border say President Trump has failed to address a humanitarian crisis of his own making with an executive order to halt the separation of families along the border. (June 21)

Asked Thursday whether his administration has abandoned its “zero tolerance” policy of prosecuting all adults caught illegally crossing the border, the president did not answer directly but showed no sign of softening.

“We have to be very, very strong on the border. If we don’t do it, you will be inundated with people and you really won’t have a country,” Trump said.

The Justice Department asked a federal judge to change the rules regarding the detention of immigrant children who enter the country illegally, seeking permission to detain them for longer than 20 days in an effort to keep them together with their parents.

After Trump’s executive order, a host of unanswered questions remained, including what will happen to the children already separated from their parents and where the government will house all the newly detained migrants, with the system already bursting at the seams.

A Defense Department official said the Pentagon has agreed to provide space on military bases to hold up to 20,000 migrant children detained after illegally crossing the Mexican border.

The official spoke on condition of anonymity because the arrangement has not yet been announced. It was first reported by The Washington Post.

In McAllen, Olivares, a lawyer with the Texas Civil Rights Project, said he did not know whether the 17 immigrants whose cases he said were dropped would be reunited with their children immediately or released altogether.

Meanwhile, the mayors of about 20 U.S. cities gathered at a holding facility for immigrant children in the border city of El Paso. They accused Trump of failing to address a crisis of his own making.

They called for the immediate reunification of immigrant children with their families.

“This is a humanitarian crisis,” Seattle Mayor Jenny Durkan said.

First lady Melania Trump made a surprise visit to a McAllen detention center that is housing some of the children. She told the children to “be kind and nice to each other.”

She made waves while boarding the flight to McAllen in a green military-style jacket with the message “I really don’t care, do u?” on the back.

Asked about it, her spokeswoman Stephanie Grisham said: “It’s a jacket. There was no hidden message.”

Mrs. Trump was wearing a different jacket when the plane landed.