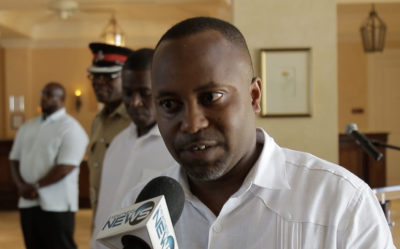 Thompson, who served as minister of state for finance under the former administration, during his contribution in Parliament yesterday, stated: “In my view, it was completely wrong and inappropriate to make such an allegation in this place without providing the report that provides the evidence of such a claim.

“The law under the Fiscal Responsibility Act is very clear on what is to be included in the pre-election report. I am advised that the law does not require the disclosure of every lability.”

Opposition Leader Dr Hubert Minnis told Parliament that his administration had followed the act to the “T” based on the requirements outlined in the third schedule.

Thompson also argued that the council’s report had been placed on the government’s website and never got to be laid in Parliament as a general election was held.

Thompson also argued that the Davis administration had duped the electorate by reinstating value-added tax (VAT) on breadbasket items, having pledged to reduce VAT from 12 percent to 10 percent.

“There is no easy way to say this. This cannot be glossed over or explained away,” said Thompson.

“The government has increased the cost of bread, baby food, grits and milk.

“You (the government) will make it more expensive for children and elderly to buy medication, including prescription medication and most over-the-counter drugs.”