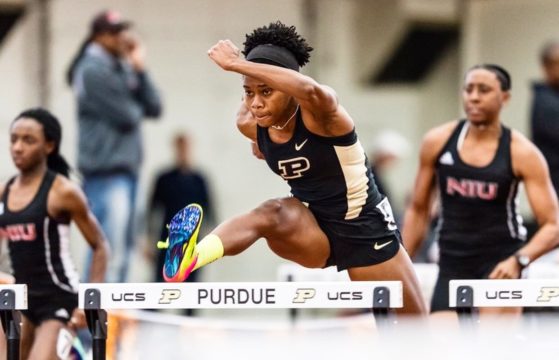 Although they didn’t get a chance to compete at the Commonwealth Games in Australia over the weekend, some of the country’s premier collegiate track and field athletes still made noise at various meets throughout the United States.

Brianne Bethel from the University of Houston, captured two medals at the Houston Alumni Invitational in Houston, Texas.

Janae Ambrose also double medaled at the Jim Click shootout in Tucson, Arizona, capturing gold in the 100m in 11.45 seconds and silver in the 200m in 23.38 seconds.

Shakeem Smith, from the University of Texas at El Paso (UTEP), won the men’s 110m hurdles at the Don Kirby Invitational in New Mexico, clocking 14.39 seconds, the eighth fastest time in school history.

At that same meet, his teammate Drashane Rolle captured a silver medal in the women’s 400m in 56.14 seconds.

Senior Devynne Charlton also turned in a stellar performance at the Louisiana State University’s (LSU) Battle at the Bayou. Charlton broke the 100m hurdles record and won the 100m dash on Saturday for the Purdue Boilermakers.

Charlton won the 100m hurdles with a wind-legal time of 12.70 seconds. That time broke her own school record by 0.04 of a second. It also broke the Bernie Moore Track Stadium record, previously held by Olympian Lolo Jones, by 0.01 of a second.

Also on the track, Branson Rolle from Liberty University came in second overall in the men’s 400m hurdles with a time 52.22, improving his own Liberty freshman record of 52.50 seconds.

The time moved Rolle up to number seven on the Flames’ all-time top 10 list for the event.

Over on the field, Serena Brown from Texas A&M, continued her hot start to the season in the women’s discus throw.