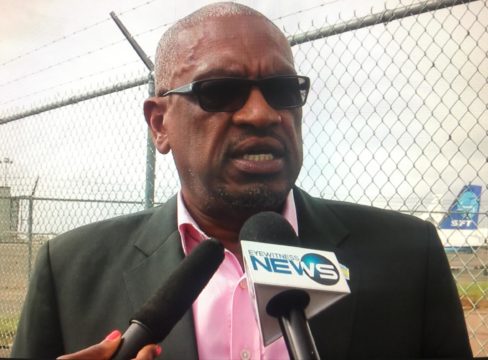 An Office of the Prime Minister (OPM) is now being established in multiple Family Islands, according to the nation’s chief who returned from Eleuthera Friday, after visiting a prospective location for the new office.

Fresh off a plane at Odyssey Aviation, Prime Minister Dr. Hubert Minnis told Eyewitness News that government is actively rolling out its plan that will also see the establishment of offices in Andros and Exuma. `

“What we are doing is taking central government to the people so that we build better relationships and trust,” the prime minister said.

“It provides them with open access to talking to their leaders, and when their leaders return, they must have answers.

“We have facilities within the administrative complex in North Eleuthera. I was able to meet with all the administrators there, religious leaders and a number of residents who had the opportunity to express their concerns on a one on one basis. It was quite a successful process of dialogue ahead of establishing the office there.”

Both Grand Bahama and Abaco currently have offices of the prime minister.

“Exuma obviously needs an office. We have identified an old clinic that is not being utilized and we will make the renovations necessary to not only accommodate the office … but other ministers who need to go and do work in Exuma can utilize it as well,” he said.

The prime minister confirmed that the entire undertaking will not strain the public purse.

“The cost will be minimal. We are using the administrative complexes to establish these offices. With the exception of Exuma, those structures are already there,” he said.

“I think it is essential for us to establish these offices in our Family Islands. What I am doing is really taking central government to the people so that we can build relationships and also hear what their concerns are. We record all of those concerns, work on them, and then return to report on the progress on how the government is addressing them,” he shared.

“This all helps to improve communication.”