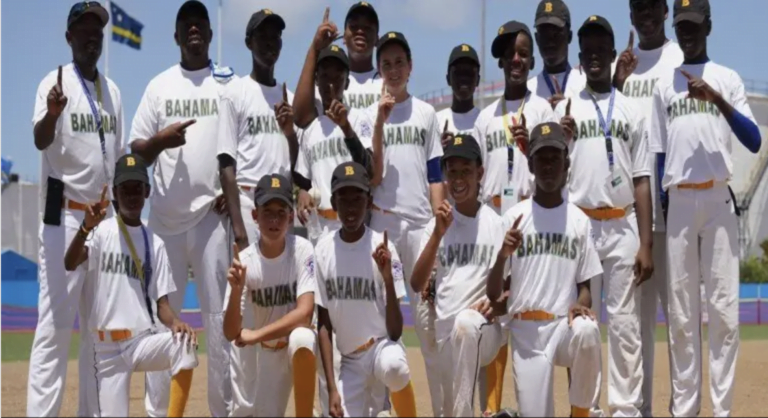 The Bahamas is set to host the first ever Babe Ruth Caribbean Region Caribbean Championships. The tournament is set to be played at the Andre Rodgers National Baseball Stadium from July 7-11, 2022.

NASSAU, BAHAMAS- Bahamian baseball enthusiast and Babe Ruth Baseball Caribbean Region Commissioner Greg Burrows was instrumental in the organization bringing the first ever Babe Ruth Caribbean Region Caribbean Championships to The Bahamas, set to be played at the Andre Rodgers National Baseball Stadium from July 7-11, 2022. The stadium, which is still under construction, is expected to be completed by then.

The divisions that are set to be played are the 12-and-under (12U) and the 15-and-under (15U). The top teams in the 12U category from the various countries around the Caribbean will clash, and the 15U category will be contested in an invitational tournament.

“As we try to continue to develop the sport, we have to find ways to get people to our shores. We have to find ways for the use of the new stadium that we hope will be finished by then. All of that inspired me to bring the tournament here. We have to be known as a mecca for baseball. Our boys have been playing in youth world series games,” said Burrows, hinting that they would indeed be ready for the elite competition.

Players from as far away as New Zealand and Australia are anticipated to play in the 15U invitational. Each age group will have 11 teams, with The Bahamas as the host being granted extra teams in both.

Aruba, Bonaire, Curaçao and The Bahamas are already confirmed for the 12U tournament. Organizers are looking to add Puerto Rico, the Dominican Republic, Cuba, Bermuda, the Turks and Caicos Islands and the Cayman Islands. They are willing to expand the field to 12 teams each if they have to.

Burrows, who founded Freedom Farm Baseball League, is of the view that The Bahamas is becoming a baseball powerhouse in the region.

“My plan is simply to try and sign a five or six-year deal with the government for us to try and host the games here. If we can do that, then we will have something special. We are looking forward to this event every year. We are hoping that we can establish The Bahamas as the home of the Cal Ripken and Babe Ruth Baseball Caribbean Baseball Championships. I hope this will be the home forever,” Burrows stated. “In this position (Caribbean Region Commissioner), I want to be proactive, taking this opportunity to start the Caribbean’s own championships here in Nassau. We have never had a baseball tournament of this magnitude here. We are expecting something special.”

A number of baseball players in the region have signed professional contracts at 16 years old. For the 15U category, scouts from Major League Baseball (MLB) organizations are expected to come to Nassau to see players in action.

“The reason why we decided to do the 15U is because that is the age group that is most sought-after. Everything is strategically planned. That age group is the age group that they would like to see and when you showcase that age group, that will give them an idea of what type of talent is coming up. If we showcase the 14 and 15-year-old boys, that will give the scouts an opportunity to see our guys in competition,” Burrows said.

Burrows said he cannot put a figure on the number of scouts expected here but he knows that they will come. He was appointed as region commissioner back in July and said it has been encouraging for him so far. Currently, Burrows is looking at appointing more commissioners to the various countries in the region.

One of Burrows’ former players at Freedom Farm, Jasrado “Jazz”  Chisholm, was called up to the Miami Marlins’ active roster early last month. He experienced significant action in the second half of the season, helping the Marlins finish with a 31-29 win-loss record and qualify for the playoffs.

“I am very happy. Every success that any of those young men from Freedom Farm achieve, I am happy. They are achieving the goals that they set out to achieve. I am very happy to see Jazz make it,” Burrows said.

He added that it is not only his play on the field that got him there but also his personality and ability to have fun.

Chisholm made an appearance in 24 games for the Marlins during the regular season, starting 11 games at second base and six at shortstop. He batted .161 at the plate with two home runs and six RBIs. Defensively, Chisholm had 25 putouts, 43 assists and just one error in 69 opportunities. He was a part of 13 double plays and had a fielding percentage of 1.000 at second base and .962 at shortstop.