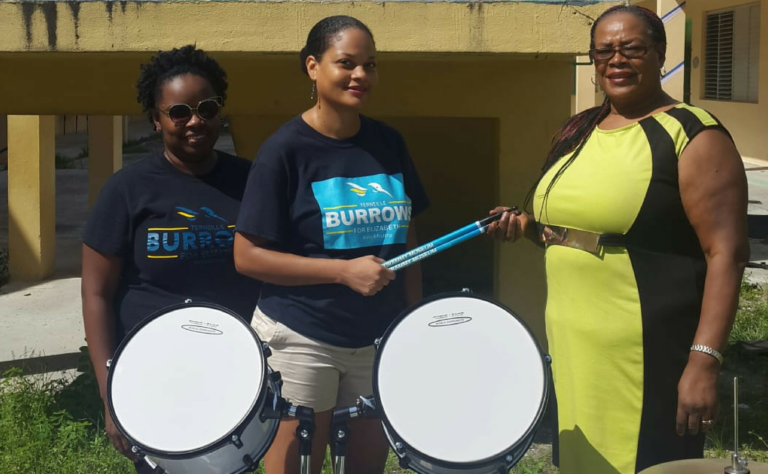 Independent candidate for the Elizabeth Constituency Terneille Burrows continued her community outreach recently, as she and some of her constituents brainstormed ideas to continue to impact the community positively.

In an interview with Eyewitness News over the weekend, Burrows explained how she and her Burrows for Elizabeth (BFE) Constituent Team decided on this community outreach.

“Around the time when the value-added tax (VAT) increase happened right after the budget debate, there were some constituents that I had stayed in touch with whom expressed their happiness that they voted for me – TaDa,” Burrows said.

“Some of those persons gave me an insight into their ideas for what they wanted to do for the community, like hurricane relief efforts.”

According to Burrows, a notable fraternity member passionately expressed to her that he was going to get his entire organisation to assist with any hurricane effort or relief.

“One was interested in getting his fraternity on board to have a number of people provide manpower to assist with clearing out houses, or debris, or trimming trees – whatever the needs are in our area,” she said.

She noted that once BFE community outreach has fine-tuned its agenda, the target will be those “most in need”, including persons with disabilities, the elderly and things of that nature.

To jump kick Burrow’s community outreach, she and her team donated a full drum kit to the music department of Thelma Gibson Primary School.

“We have had a long history with them because that’s where most of our community events and town hall meetings were held,” she confirmed.

The BFE can also be considered hummingbirds, as Burrows disclosed the reasoning behind the story as her main inspiration in life and what drives her to continuously reach and help any and everyone she can.

“The story of the Hummingbird is that there was one little bird flying back and forth after the forest had been burning to the ground and all the other animals, the elephant in particular, spoke to the hummingbird asking what it was doing,” she explained.

“The hummingbird explained that it was trying to take drops of water from the river to the fire. Everyone laughed at the hummingbird, but it kept going.”

Drawing parallels to the Hummingbird story she said, “Now, we see not just the hummingburd inspiring the animals in the forest, but ‘these people’ (Elizabeth constiuants) are rising up and participating and now, “we now have a swarm of birds” who will be continuing the work.”

“The whole concept for BFE Constituent Team was (and still is) citizen participation and “we’re starting to see that in Elizabeth.”