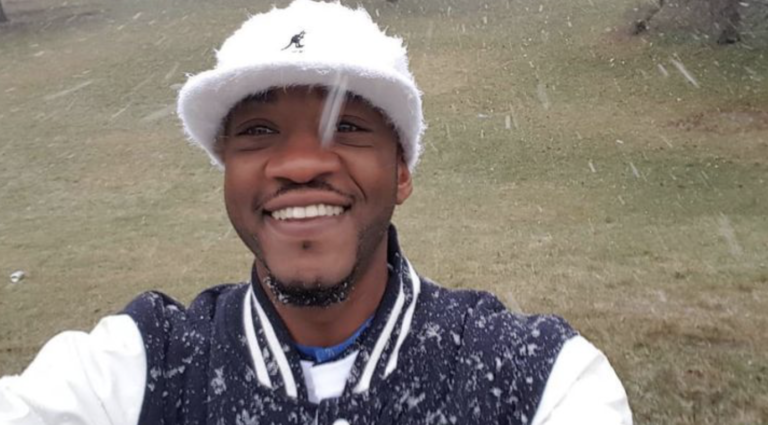 NASSAU, BAHAMAS — Desiree Aranha-Rahming, the cousin of Shervandaze Smith, who was charged with trespassing and damaging the Christopher Columbus statue at Government House, alerted the public that crowdsourcing pages on behalf of her cousin and the family, other than the official GoFundMe page, are fake accounts.

“It’s really bothersome for us and we reported one or two,” she told Eyewitness News.

“For people to take this incident and use it as a means of making money and profiting off of other people — and you’re taking advantage of other people as well because of course in this moment, people’s hearts have been moved because there are people who stand with him and you know that they would give.

“For someone to just decide ‘let me use this as a way to take money from people’, that’s wrong.”

Smith allegedly took a sledgehammer to the leg of the statue on Saturday, apparently in an effort to rid the nation of the colonial figure.

The incident has sparked mixed reactions from the public, with many supporting the removal of monuments and figures that are reminders of The Bahamas’ colonial past, while others have condemned the action, even if they shared the sentiment toward Columbus.

According to Rahming, Smith’s legal representation has been provided without cost and the funds the family is seeking to raise will be used for any fines Smith potentially incurs.

However, she said if he does not have to pay fines or post bail, the funds will be used to support the removal of colonial figures and subsequent replacement with Bahamian icons who should be honored and recognized at strategic locations throughout the country.

Smith appeared in the Magistrate’s Court yesterday morning but was not required to enter a plea and instead remanded for a psychiatric evaluation before returning to court on November 15.

He was represented by attorneys Donna Major and Maria Daxon.

Rahming said: “I know my brother said based on what the bail is…, then he would bless the lawyers with something and if there is no bail, or depending on how it turns out, he said he wanted to contact the honorable Fred Mitchell, who was in charge of getting the holiday’s name changed.

Rahming said much like the public, there are relatives who support Smith and those who frown on his actions.

She thanked those who have expressed support for Smith, whom she said has done a “lot of searching and a lot of digging” and has read widely and educated himself although he did not finish high school.

“I find that happens to him a lot and he has never been able to express himself the way that somebody else would.

“His way of expression is — trust me, if you hear him, you would think he is rowing or fussing, but he is just trying to get his point across.”