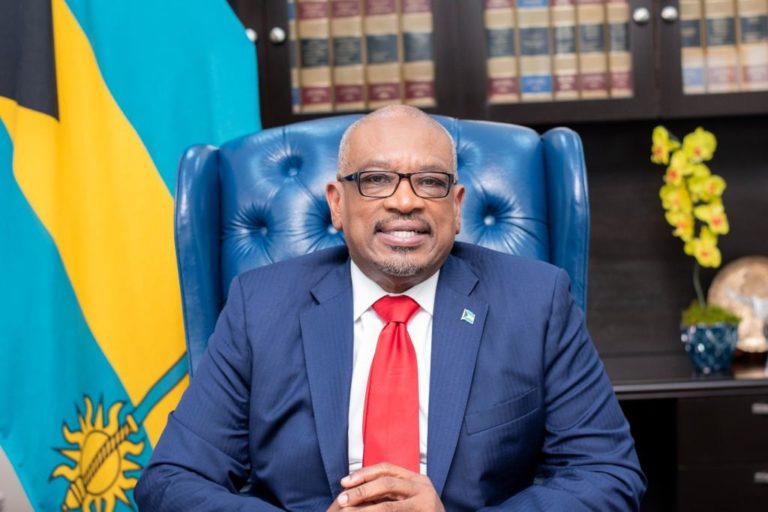 SANDY POINT, ABACO — Prime Minister Dr Hubert Minnis yesterday predicted that unemployment will drop to less than six percent by 2021 due to upcoming projects his administration has in the pipeline.

“With what we see on the ground in both Abaco and Grand Bahama, and what is happening in terms of rebuilding, I think our unemployment rate will come down dramatically,” Minnis said.

“No politicians like to make such statements. I can make a bold statement and state that I think that by the end of 2021, I am certain the unemployment rate will be around six percent or less.”

Reflecting on his recent national address, Minnis said he believes the Bahamian public at large were pleased about the announcements, which he expects to help the nation following the devastation caused by Hurricane Dorian last September.

“Any type of ventures or development would help to redevelop those areas that have been devastated and create employment,” the prime minister said.

In his national address, Minnis said the government will sign a heads of agreement on March 2 for the sale of the Grand Lucayan resort — a move the prime minister said could result in 2,000 to 3,000 jobs for Grand Bahamians.

In the last unemployment survey with the reference period May 2018, joblessness declined nationally from 10.7 percent to 9.5 percent.

The drop was largely attributed to job growth in the hotel and restaurant sector, and the more than 32,000 self-employed individuals.

Many businesses have yet to rebuild and reopen their doors.

Last December, the Department of Statistics said the Labour Force Survey will include data collected from only New Providence, though it usually contains New Providence, Grand Bahama and Abaco.

The survey provides the national outlook for unemployment.

The December survey was expected to be released last month.

The upcoming survey will be the last conducted until 2021, according to Acting Director of the Department of Statistics Leona Wilson, noting the department intends to focus its resources on the population census this year.