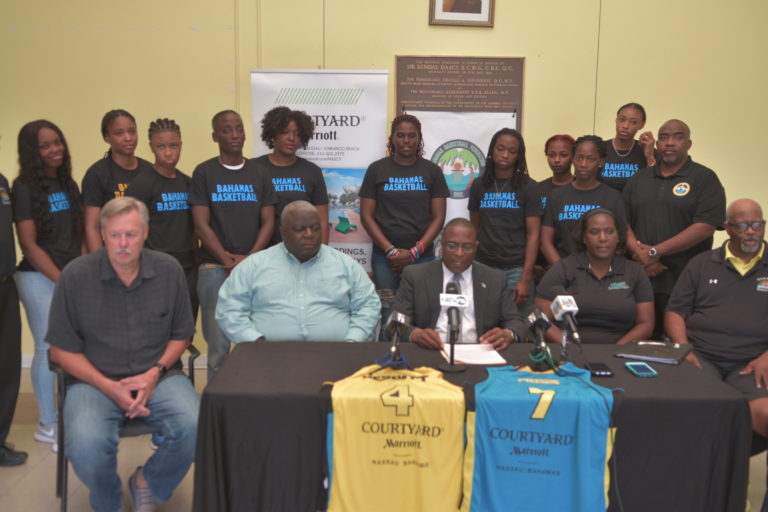 The Bahamas Basketball Federation (BBF) named the women’s team that will represent the country this month at the Women’s Caribbean Cup in Suriname.

The team will be coached by Wayde Watson and Varell Davis-Clark will serve as his assistant.

“I am known to be somewhat of a task-driver as a coach, so I commend these ladies for sticking with the process and giving it their all each and every practice,” Watson said about the team.

“The attitudes have been great, the effort has been great and these women have shown that they are fully devoted to being a part of team Bahamas. We had a lot of people that showed up sporadically, but these ladies stuck it out and worked hard to make it here.”

Minister of Youth, Sports and Culture Michael Pintard was also on hand for the ratification of the team.

“We are thankful to all corporate sponsors that helped make this possible, particularly the Courtyard Marriot, that came forward as a major sponsor for the team,” Pintard said.

“We hope that everyone comes out and supports the team in future events and also lends their support leading up to the team’s departure.”

The first and second place teams from Group A and B, comprised of Guyana, Barbados and Dominica, will advance to the semi-finals and final that will take place June 20-21.