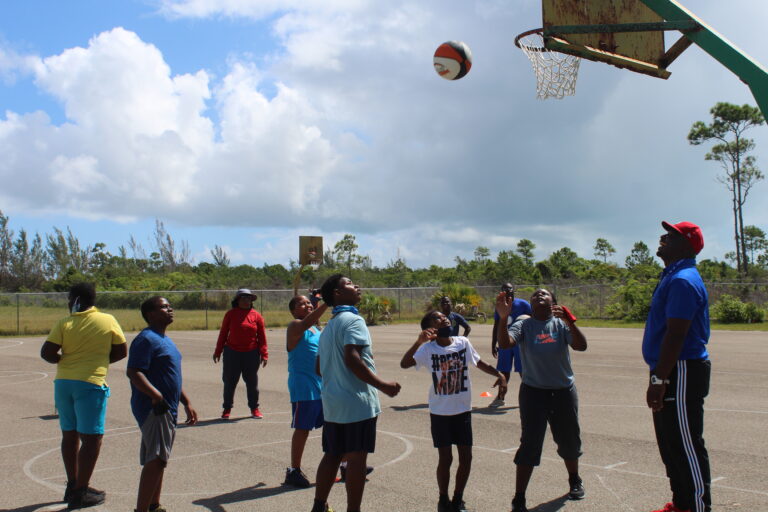 The D-Squad Summer Basketball Camp, sponsored by Consolidated Water (Bahamas) Limited (CWCO), welcomed boys and girls ages seven to 17 to not only learn the rules of the sport, but develop their overall character. (ASHLEY@SERENAWILLIAMS-PR.COM)

NASSAU, BAHAMAS — On the heels of national celebrations for various Bahamian sporting achievements, over 50 campers are now better equipped and motivated to make their basketball stardom dreams a reality.

Prior to amended COVID-19 Emergency Orders prohibiting summer camps, the D-Squad Summer Basketball Camp, sponsored by Consolidated Water (Bahamas) Limited (CWCO), welcomed boys and girls ages seven to 17 to not only learn the rules of the sport, but develop their overall character.

The camp’s coordinator, Coach Harcourt McCoy, said although the basketball camp was hosted on an outdoor court and was cut down to 10 days this year due to the coronavirus pandemic, the camp’s aim to foster discipline, hard work and community spirit remained.

“The D-Squad Summer Basketball Camp is now in its 17th run and Consolidated Water (Bahamas) Limited has sponsored us for nearly half of those years,” McCoy said.

He added: “CWCO’s donation went toward operational expenses and helped to prize each camper with well-deserved awards and a special camp basketball.”

Aspiring professional basketball player Ethan Jenoure, 12, said the camp was great and he hopes to come back next year.

Eight-year-old Hardassah McCoy, who has been a regular camp participant since the age of three, echoed him.

“I actually love it here at camp — everybody gets to connect and have friends. At the end of camp, you also get rewards,” she said.

CWCO Operations Manager Jeff Burrows and CWCO Accounts Manager Welliya Cargill visited the camp before its conclusion and saw first-hand the exceptional talent and positive character traits being honed on and off the court. They both expressed that it is equally rewarding for the seawater reverse osmosis water supplier to see young people spending their summer break constructively as CWCO also celebrates the recent achievements of Bahamians in the world of sports.