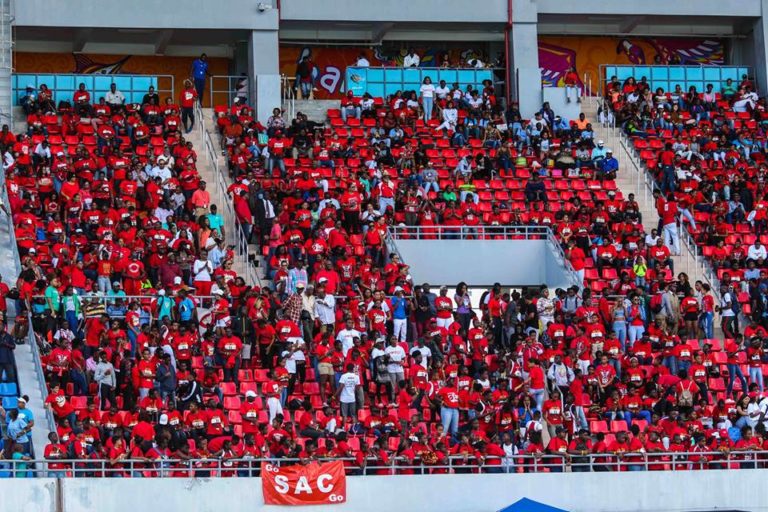 Both SAC and Queens College traded the lead throughout most of the final day; however, SAC won three out of the final four relays to pull away late and seal the win. Only the Comets’ senior boys 4×400 team was able to come away with gold.

SAC finished the meet with 1,400.50 points, followed by QC with 1375 points. St. John’s came in third overall with 421.50 points, St. Anne’s finished fourth with 416.50 points and Temple Christian rounded out the top five with 311 points. Nassau Christian Academy was sixth with 306 points; Kingsway Academy was seventh with 193, followed by Jordan Prince William with 177.50, Aquinas College with 49, Saint Andrews with 29 and Charles W. Saunders with 28.

The Big Red Machine also had an extra cheering boost from the stands with high profile alumni cheering them on. Olympic gold medallist Shaunae Miller-Uibo and Prime Minister, Dr. the Hon Huber Minnis, both showed their support for their former high school at the event. Olympian, Pauline Davis-Thompson and other Cabinet members were also in attendance at the event.