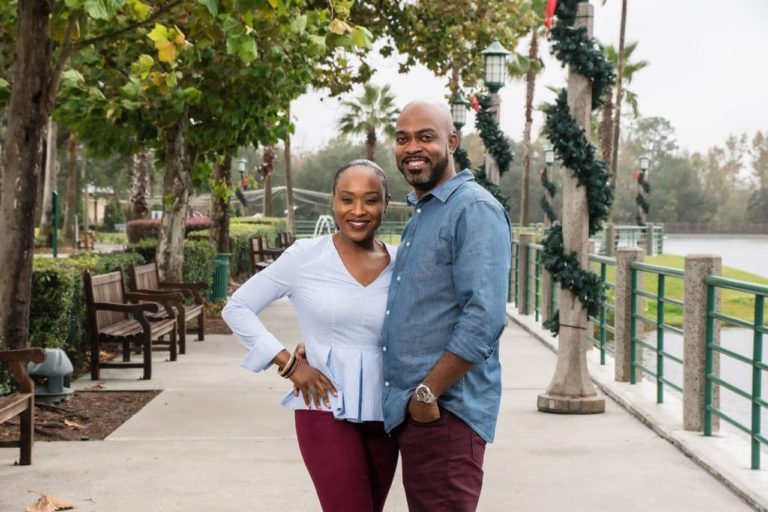 NASSAU, BAHAMAS — Two years after Tamika Roberts donated her kidney to her little brother, Antonio, she said she’d “do it again in a heartbeat”.

Both siblings praise Cleveland Clinic Florida for a process and procedure they called “awesome from start to finish”.

Tamika knows the meaning of true, brotherly love. She gave her baby brother the best present any sister could: a kidney that saved his life.

The transplant surgery took place at Cleveland Clinic Florida’s Weston Hospital two years ago. Today, Tamika, 45, and Antonio, 42, both say they are not just fit — they are the healthiest, strongest, most active they have ever been in their lives and they urge others to consider becoming organ donors.

“We were just like any sister [and] brother when we were young,” said Antonio. “My big sis’ would always look out for me.”

One Saturday in May 2018, Antonio was rushed to Doctor’s Hospital and diagnosed with renal failure. His kidneys were literally shutting down by the hour, threatening his life. He was supposed to start dialysis immediately.

Doctor’s Hospital recommended a contact at Cleveland Clinic, and by Monday, Cleveland Clinic Weston Hospital got him tested and approved as an organ transplant candidate and began the search. That search ended when his sister, Tamika, turned out to be a perfect match. Tamika found out in May and prepared to have surgery in June.

Tamika did everything in her will to prepare for the kidney transplant, which included postponing her fibroid surgery. After going through a series of tests, she was ready. She met with Dr Diego Reino, a transplant surgery specialist, and his team who were hands-on from start to finish.

Tamika and Antonio arrived at Cleveland Clinic Weston Hospital at 5am on June 27, 2018 to have their surgeries. She was the first to go into the operating room because her kidney was being removed. Antonio’s surgery would follow immediately after.

“When I went into surgery, the anesthesiologist was very nice and conversation with her gave me much comfort,” said Tamika. “I woke up around 3pm in a lot of pain, but it all turned out pretty well. The doctors were very accommodating and I was out the next day.”

Tamika noted that hours after her surgery, she had to get up and walk a few steps, which was extremely difficult. During her recovery, she transitioned from walking one to three miles daily to eventually running again.

The siblings had a few follow-up visits at the six-month, one-year and two-year marks post-surgery, the latter milestone reached in June 2020 with a visit to Cleveland Clinic Weston Hospital.

Antonio credits the teamwork and responsiveness of his doctors in Florida and at home. “They answered e-mails instantly. They returned calls. They helped every step of the way. I’d recommend Cleveland Clinic Florida to anyone.”

Tamika also credits local kidney specialist Dr Don Diego Deveaux at Oaktree Medical for not hesitating a minute in sharing records as requested and working with the doctors and medical staff in Florida. That cooperative partnership, the Roberts believe, netted the best results and gave Cleveland Clinic Florida a baseline against which to measure their own test results, along with a plan for long-term follow-through after surgery and rehab in the United States were completed.

“It wasn’t just about the process,” Tamika said. “From testing to surgeries to, eventually, recovery and rehab, the doctors and medical staff stood by our side as if they were family. They made me feel like a superhero.”

Two years later, both sister and brother are enjoying life more than ever.

Tamika is the administration manager of one of the oldest and best-established banks in The Bahamas. She is fit, exercises daily, runs six to eight miles three times a week, does strength training, avoids red meat and drinks 80 ounces of water a day.

Antonio is a manager at a large retail bank. He and his wife jog every morning in the community where they live. Their 19-year-old son is now away at school, and their 15-year-old daughter is planning to go to college. Antonio thinks about how close he came to not being here for any of it and he thanks everyone who made it possible, especially Tamika.

“She’s awesome; she’s a sweetheart,” he said. “I will forever be grateful to her and Cleveland Clinic Florida. They saved my life.”

Tamika urges others to donate a kidney to save a loved one’s life and advises those brave enough to “remember why you are doing it”.

Two and a half years after Tamika gave her brother one of her kidneys to save his life, she has advice for others who may be considering the same. “Do it,” she says. “But make sure you always remember why you wanted to do it in the first place and make sure the ‘why’ is strong.

“I urge everyone who can donate a kidney to a loved one to do it so long as you are willing to make the commitment to stay fit and healthy. But when you do, don’t just focus on what you are doing — focus on the why.”

In Tamika’s case, understanding “the why” was easy. She wanted to give her younger brother — a husband and father of two teenage children — a chance to live life.

In June 2020, the Bahamian brother and sister organ donor and recipient duo returned to Cleveland Clinic Florida’s Weston Hospital for a check-up close to the two-year mark. The visit and examinations felt more like a homecoming than a check-up, even with restricted access due to the pandemic.

Two years post-surgery, Tamika reaffirmed that her “why” was strong enough.

“For me, it was my love for my brother; I knew he had a family and they deserved to have him around and he deserved to be there for them.”