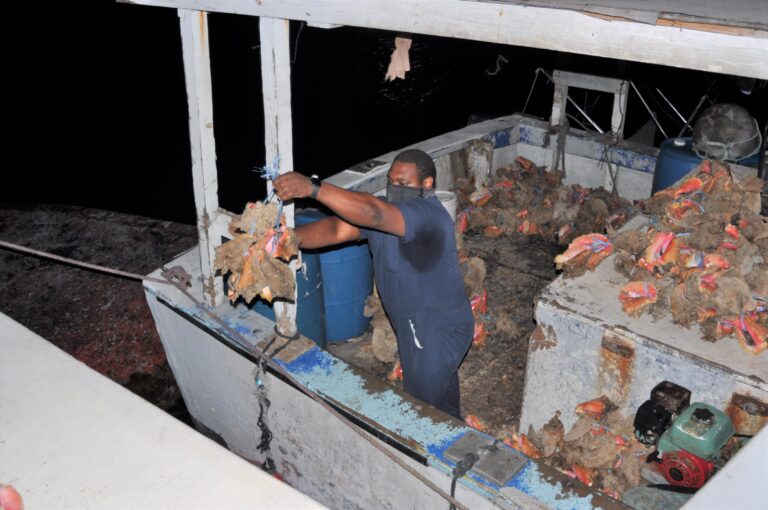 NASSAU, BAHAMAS — Four fishermen were brought into the capital after they were apprehended for a fishery violation by members of the Royal Bahamas Defence Force (RBDF) in the Exuma cays.

Further investigation uncovered the use of illegal fishing apparatus to obtain fishery products, namely a diving compressor, which is in contravention of the fishing regulations.

The vessel and crew were escorted into the capital late Saturday night and turned over to the relevant authorities for further investigations.

This is the third apprehension within the past month by members of the RBDF for fisheries violations.

Four American residents were brought in for questioning on July 23, 2021, after they were apprehended four nautical miles northwest of Bimini for fisheries violations; and on June 30, 2021, 11 Bahamian fishermen were apprehended for being in possession of illegal fishing apparatus.

Fishermen are advised to exercise caution and adhere to the fishing regulations while on the seas as the RBDF will continue to monitor the territorial waters of The Bahamas.