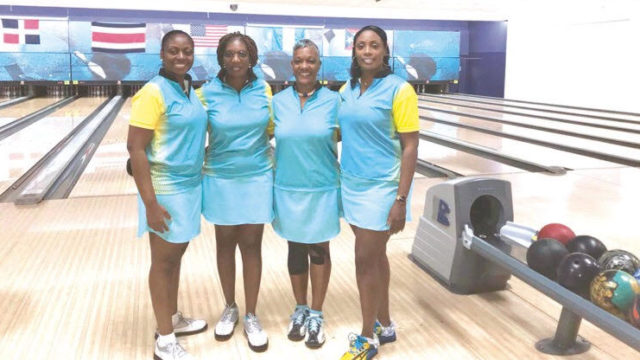 It was tough sledding for team Bahamas at the 2018 PABCON Women’s Bowling Championships in Santo Domingo, Dominican Republic.

The team finished eighth overall in terms of total points earned at the event with 5,177 points. Colombia took the top spot with 6,447 points, followed by the United States and Puerto Rico with 6,426 and 6,118 points respectively.

In doubles action, the team of Hoyte and Rolle faired the best out of the group. The duo finished 19th out of 25 teams. They finished with an average of 180.75.

And in triples, Rolle, Hoyte and Johnson finished 14th with an average score of 173.83.