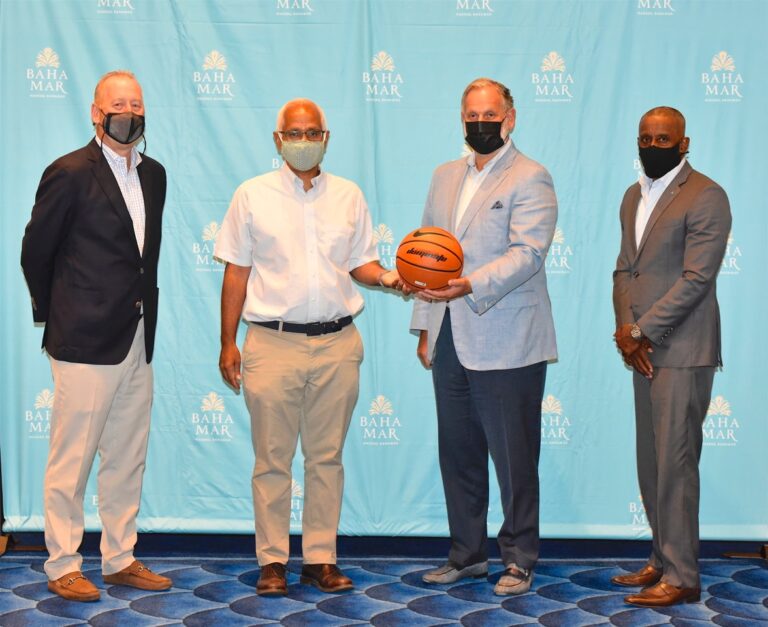 In total, 23 games will be played across three events. It’s the largest early season event in all of college basketball.

“At the heart of the resort destination is our determination to inspire the youth from around the world. We have designed Baha Mar facilities and offerings with the intention of hosting events such as Baha Mar Hoops and look forward to watching these impressive collegiate athletes play basketball in the beautiful Bahamas.”

The basketball action tips off on Monday, November 22, with the eight-team Baha Mar Hoops Nassau Championship.

The men’s tournament, which is designed strictly for mid-major NCAA Division I programs, is in its fourth iteration after launching in 2017. The field is headlined by Abilene Christian University, which won the Southland Conference title last season and upset the number-three-seeded University of Texas in the NCAA Tournament’s first round.

All 12 games of the Nassau Championship will be broadcasted on FloHoops.

Four top programs in college basketball for the upcoming season will compete in the Baha Mar Hoops Bahamas Championship on November 25 and 27.

Maryland is expected to once again be a top-25 team next season for coach Mark Turgeon. Three starters from the Terrapins return from last season’s NCAA Tournament squad and they added two key transfers in center Qudus Wahab and point guard Fatts Russell.

The Terrapins will face one of the nation’s most experienced teams in Richmond, which returns with all but one of their starters.

The Spiders made a deep run in last season’s NCAA Tournament with wins over Kentucky, Vanderbilt and Loyola-Chicago.

The majority of the teams will play two games each on Thursday and Saturday, but Stanford will play three straight days, Thursday to Saturday. All seven games of the Pink Flamingo Championship will be broadcast on FloHoops.

Women’s Tournament Director and ESPN analyst Debbie Antonelli said: “In most early-season events, you are lucky if you see one top-10 matchup; we may have three such games in Nassau.

“In all my years in the game, I don’t know if I have ever seen so many quality teams in one field. Every game will have an NCAA Tournament-level of play and several of these games will be on par with the Final Four.

“Fans are in for a treat with not only Baha Mar but the play on the court.”