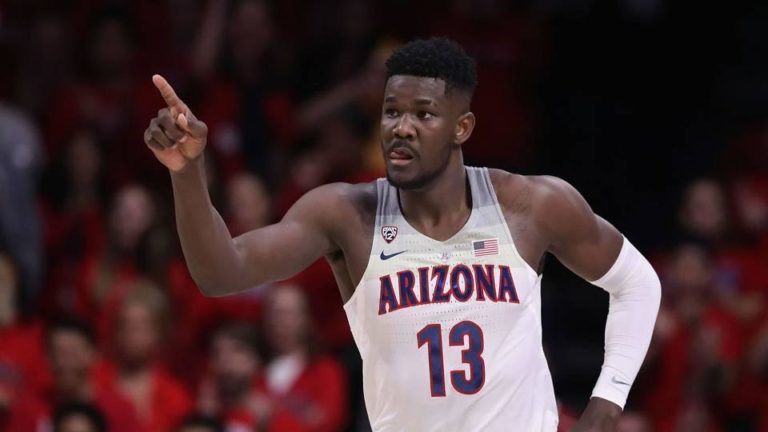 University of Arizona freshman sensation, Deandre Ayton, is at the centre of an ongoing investigation by the Federal Bureau of Investigation (FBI) into the National Collegiate Athletic Association (NCAA).

According to a report by ESPN on Friday, Arizona Wildcats Coach, Sean Miller, was caught on an FBI wiretap discussing a $100,000 payment regarding Ayton with former ASM Sports employee Christian Dawkins.

The FBI also reported it had obtained documents and bank records during the probe into college basketball recruiting. The said report revealed potential NCAA violations for at least 20 Division I basketball programs and more than 25 players.

Arizona released a statement following the release of the documents saying Miller and the school agreed for him not coach the Wildcats’ game Saturday against Oregon, citing the “best interests of the University and the basketball program.” However, Ayton was in the lineup, with the school saying in the statement that he remains eligible to play. He scored 28 points, grabbed 18 rebounds and came up with four blocks in the 98-93 overtime loss.

If any of the accusations are proved to be true, it’s a good chance Ayton won’t play for the remainder of the season, and it’s almost certain the Miller would be out of a job.

On Sunday, Ayton’s attorney said he is seeking assistance from both the FBI and the NCAA to clear his client’s name in the FBI corruption investigation.

Ayton’s attorney released the following statement: “The parents of Deandre Ayton, and his family are outraged and disgusted by the reported recent news stories which have falsely implied that her son or his family have any involvement in illegal or prohibited activities regarding his decision to matriculate at the University of Arizona.”

Ayton leads Arizona with 19.6 points and 10.9 rebounds per game this season.