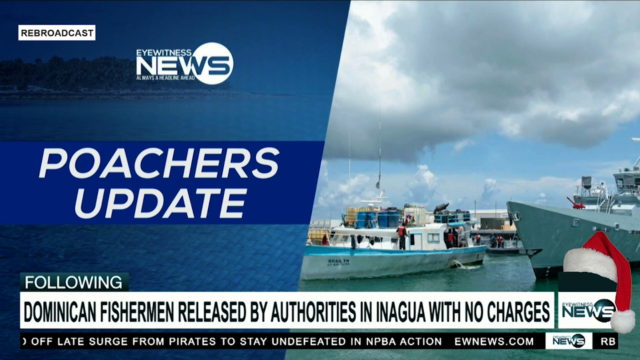 NASSAU, BAHAMAS – Attorney General Carl Bethel confirmed yesterday that seven Dominican fishermen who were apprehended earlier this week were released because there was no apparent crime to charge them with.

According to reports issued by the Royal Bahamas Defence Force, officers apprehended a group of Dominican fishermen for allegedly operating in Bahamian waters on December 17.

Onboard were seven Dominican fishermen along with several air compressors and containers of gasoline.

The Dominicans were reportedly taken into custody and handed over to Police and Immigration officials at Great Inagua, and were expected to be transported to New Providence to be charged.

Yesterday, however, Bethel confirmed that those charges did not happen as it was agreed that they should be released on the premise that no fish were found on their boat and their fishing apparatus be confiscated.

“They could not all fit on one boat and we did not want the cost of having to take them back home or take them to Nassau to detain them at the Detention Center,” Bethel said.

“They were released because there was no basis for them to be charged.

“There were consultations with the office of the Director of Public Prosecutions two days before I got involved in the matter and I was told there was no charges to be brought based on what evidence they had.”

As the fishermen were held for 48 hours without charge, Bethel said the law requires that they be released.