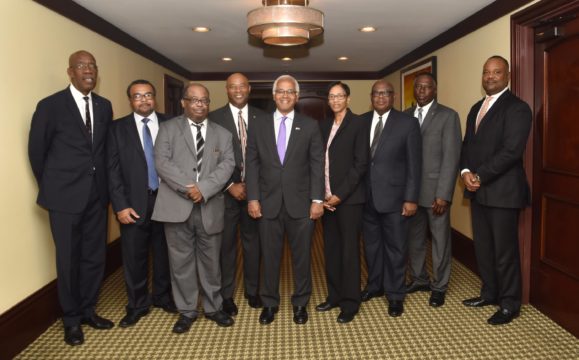 The government and the United States (U.S.) resumed negotiations on the management of the country’s sovereign airspace on Tuesday.

According to a statement released Wednesday, the purpose of the bilateral talks, is to formalize the current arrangement with an agreement that would detail the conditions under which the Federal Aviation Administration (FAA) would continue to manage the portion of the sovereign airspace, presently under its control.

“Since 1952, a portion of the air traffic through the sovereign airspace of The Bahamas has been managed by the Federal Aviation Administration (FAA) of the United States,” the statement read.

Air traffic within sixty nautical miles of the Lynden Pindling International Airport (LPIA) and up to 12,000 feet, has been managed by Bahamian air traffic controllers.

The agreement would detail the services that the FAA would continue to provide to ensure the safe and efficient management of aircraft that move through Bahamian airspace.

“In order to invest in technological improvements in the management of air traffic within Bahamian airspace, the Government of The Bahamas has also decided to collect charges from airlines flying within the airspace, as is common practice throughout the world,” it read.

“Such charges are provided for in the Chicago Convention, and will be implemented in consultation with airspace users.  Any fees collected will be used to pay for the provision of air navigation services, as well as to strengthen and upgrade the air navigation system throughout The Bahamas.

“The Government of The Bahamas and the Government of the United States of America have always enjoyed excellent relations and it is expected, therefore, that these bilateral negotiations will progress in a friendly and cordial manner, and will result in an agreement beneficial to both parties.”