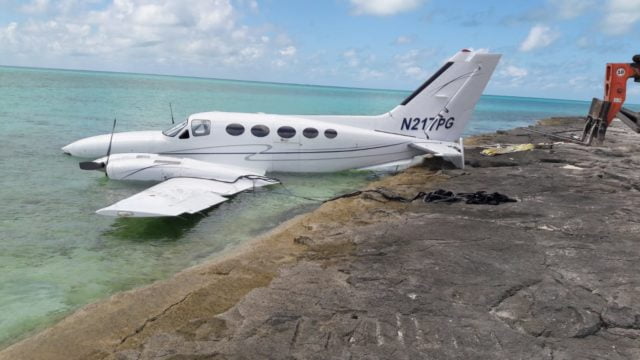 The plane took off from Fort Lauderdale Executive Airport, making a stop at the San Andros International Airport before heading on to Norman’s Cay, according to a statement from the Air Accident Investigation Department.

The department confirmed the 421C aircraft held a valid registration, and is registered to Airdreams USA LLC in Wilmington, Delaware.

Investigators told Eyewitness News Online there had been no reports of serious injury at the time; however, investigations are ongoing.