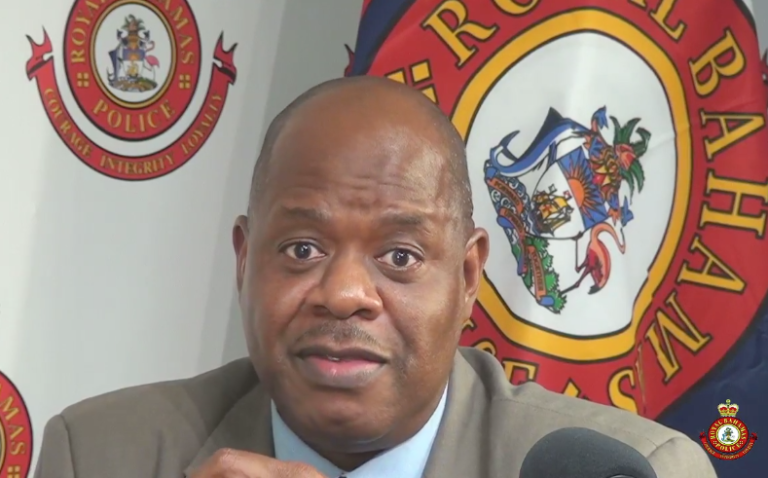 NASSAU, BAHAMAS — Recording your interactions with officers of the Royal Bahamas Police Force (RBPF) is not against the law, according to Officer in Charge of the Complaints and Corruptions Unit Superintendent Marlon Fulford.

While appearing as a guest on the RBPF’s talk show “Cop Talk”, Fulford outlined his unit’s role and protocols, insisting that civilians can rest assure that complaints against officers will be dealt with fairly and with a level of sensitivity and priority.

He underscored the importance of officers operating in a professional manner in dealing with members of the public, even if individuals may be difficult to deal with.

Pointing to the trend of civilians recording officers on their mobile phones during interactions, Fulford said: “Officers you do not have the rights to take somebody’s phone away from them or stop them from recording. If you are professional in your dealings, you do not have to worry about what is recorded.

He continued: “We see a lot of complaints of that nature and we don’t need to see that. If you are doing your job allow them to record you. Once they don’t manipulate, edit that recording or narrate that to suit their purpose or their hidden agenda, by all means, allow them to record. It should not be a problem that you should be so concerned about.”

Fulford noted that his unit has received a number of complaints regarding phones being taken away from civilians and members of the public being assaulted as officers try to take their phones because of them recording.

“Those type of things they can be avoided,” he said.

“I implore officers to do your job and do it in a professional manner.”

The comments come amidst increased calls for more accountability from the organization.

Fulford noted that his unit receives between seven to 10 complaints against officers, noting, however, that not all of those complaints are valid.

He underscored the importance of officers wearing body cameras to protect not only civilians but also themselves.

The head of the complaints and corruption unit pointed to a recent incident involving a complaint against an officer that turned out to be unfounded.

He said while the civillian’s report was “convincing”, “If the officer did not have a good alibi and the body camera, with the evidence for the complainant, an officer would have been charged.”

Fulford said criminal charges were brought against that complainant.

“We have taken a considered approach that if an individual comes in and was deceitful, then the full weight of the law will come down on them,” he added.

“That’s why I implore officers to wear their body cam, and when they are called to a scene they must activate it and make sure that the recording is done because it can help them.”

There have been ongoing concerns over whether police are able to police themselves regarding complaints.

He said if officers are found in the wrong, they are held accountable whether they go before a Tribunal or the courts.

Fulford explained that when a complaint is made against an officer at a police station or the complaints unit, it is logged, then assigned to an investigator who makes inquires on the matter and then makes recommendations to the Deputy Commissioner for the course of action — if a complaint is founded.

He said a complaint can take anywhere from days to a year to be investigated and settled.

Love all and you won’t have these issues. Luke_14 Forsake everything, everyone, and yourself for Him
Luke_12 and Matthew 6 Sell everything and give all away to poors, but keep your giving in secret
Give to those in need and help them out if you want to be saved Matthew_25
Luke_16 Work for Him, never for $$$, then He will give you and your family if they join you also the food and clothes
Matthew_28 Tell the Truth to everyone
John_17 Work together in love and peace
Do not take the Mark of the Beast right hand or forehead, to be the only way to buy or sell (not an covid mask nor vaccine, rather could be a quantum implant or tattoo) Revelation_13 14
US fits the description of the Babylon, to be destroyed with fire in one hour Revelation_17 18 HE loves us all so deeply, and we also need to love Him deepest back