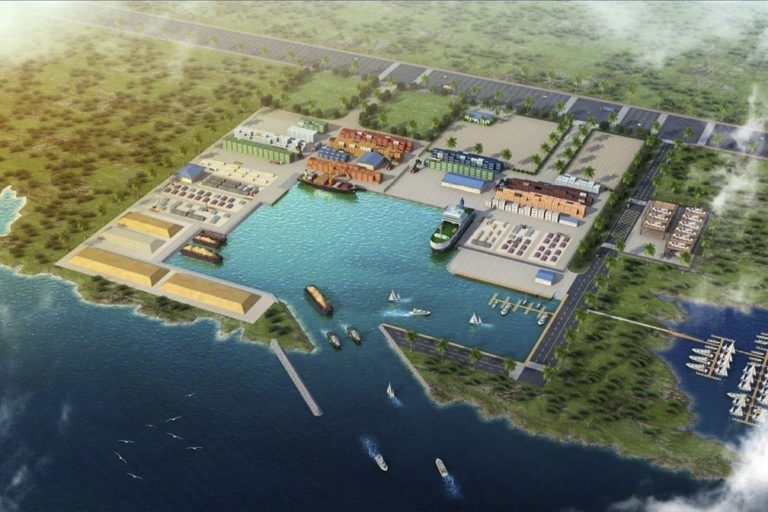 A rendering of the North Abaco Port Project.

The North Abaco Port Company, the entity government is eyeing to manage the newly constructed Abaco port facility, has been asked by officials to review its plan before government makes its final decision.

Member of Parliament (MP) for North Abaco and Minister of Foreign Affairs Darren Henfield said, while government has been pleased with what the group has presented, it has been asked iron out a number of concerns.

“We are excited that Bahamians are looking to run the port,” Henfield said.

“… a group has presented their plan and vision – how they think the port should manage – and I think it’s safe to say that the government is minded to put the port in private hands.

“This group was told to go away and reconsider some things and some questions the cabinet had, and we expect that in the not too distant future for them to return and answer those questions.”

The $39 million port was constructed by China Harbour Engineering Company (CHEC) and facilitated by the Ministry of Works and Urban Development.

The state-of-the-art North Abaco Port project is a partnership between the governments of The Bahamas and the People’s Republic of China.

The port, however, remains in the hands of the Chinese, who are conducting “finishing work” before it is handed over.

Henfield told Eyewitness News that his constituents are excited about the development and the opportunities that will come about.

“The entire community is anticipating this development and the spin off economic ventures that is will bring,” he said.

“It is essentially a new industry that is being developed for North Abaco and we welcome it.”